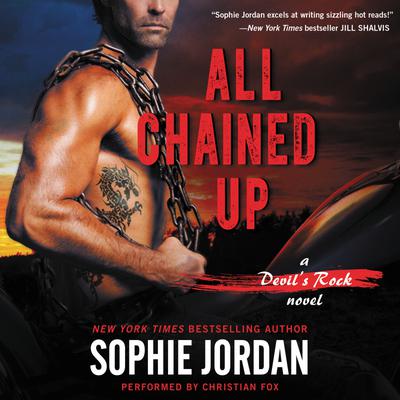 All Chained Up (Digital Audiobook)

There are bad boys and then there are the men of Devil’s Rock . . .

Some men come with a built-in warning label. Knox Callaghan is one of them. Danger radiates from every lean, muscled inch of him, and his deep blue eyes seem to see right through to Briar Davis’s most secret fantasies. But there’s one major problem: Briar is a nurse volunteering at the local prison, and Knox is an inmate who should be off-limits in every way.

Knox feels it too—a shocking animal magnetism that drives him to risk his own life to protect Briar’s. Paroled at last, he tries to resist her. She’s too innocent, too sweet, and she has no idea what Knox is capable of. But a single touch can lead to a kiss—and a taste . . . until the only crime is denying what feels so right . . .

“When the prison doors are open, the real dragon will fly out.”—Ho Chi Minh