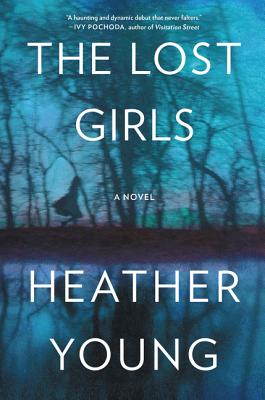 A stunning debut novel that examines the price of loyalty, the burden of regret, the meaning of salvation, and the sacrifices we make for those we love, told in the voices of two unforgettable women linked by a decades-old family mystery at a picturesque lake house.

In 1935, six-year-old Emily Evans vanishes from her family’s vacation home on a remote Minnesota lake. Her disappearance destroys the family—her father commits suicide, and her mother and two older sisters spend the rest of their lives at the lake house, keeping a decades-long vigil for the lost child.

Sixty years later, Lucy, the quiet and watchful middle sister, lives in the lake house alone. Before her death, she writes the story of that devastating summer in a notebook that she leaves, along with the house, to the only person who might care: her grandniece, Justine. For Justine, the lake house offers freedom and stability—a way to escape her manipulative boyfriend and give her daughters the home she never had. But the long Minnesota winter is just beginning. The house is cold and dilapidated. The dark, silent lake is isolated and eerie. Her only neighbor is a strange old man who seems to know more about the summer of 1935 than he’s telling.

Soon Justine’s troubled oldest daughter becomes obsessed with Emily’s disappearance, her mother arrives to steal her inheritance, and the man she left launches a dangerous plan to get her back. In a house haunted by the sorrows of the women who came before her, Justine must overcome their tragic legacy if she hopes to save herself and her children.


Praise For The Lost Girls: A Novel…

“A novel of quiet intensity that builds to a terrifying climax. THE LOST GIRLS contains echoes of Kate Atkinson’s Case Histories and is just as haunting.”
— Minneapolis Star Tribune

“This book has it all — intrigue, complicated relationships, and a thrilling plotline — and it will appeal to fans of long-spanning ‘90s stories like Fried Green Tomatoes and Steel Magnolias (yes that came out in ‘89 but you totally had the VHS in the ‘90s).”
— Bustle

“Young does a masterful job contrasting Lucy’s long-ago summer, her last happy one, with Justine’s dawning knowledge of how the effects of a family tragedy echo down through the years.”
— Toronto Star

“Beautifully written, THE LOST GIRLS will please suspense fans as well as those who love redemptive fiction. This is a big, bold, heart-wrenching book reminiscent of novels by Jodi Picoult, and is an excellent debut.”
— Bookreporter.com

“Heather Young has crafted a gorgeous book that moves artfully back and forth through time, weaving a suspenseful tale steeped in generations of family secrets. Places hold memories, The Lost Girls reminds us so beautifully; places shape us, bind us, haunt us, but sometimes, they can redeem us, too.”
— Jennifer McMahon, New York Times bestselling author of The Night Sister

“Heather Young is a master weaver of plot, time, and character. Her prose is confident, her story ambitious. The result -- THE LOST GIRLS -- is a haunting and dynamic debut that never falters.”
— Ivy Pochoda, author of Vistation Street

“Heather Young’s clear, unsentimental writing is bracingly observant, psychologically astute, and suspenseful. Her characters include people who cannot love, people who destroy what they love-and people who slowly, agonizingly, figure out what love actually is. From its opening...to its troubling, thrilling conclusion, I found this novel irresistible.”
— Alice Mattison

“I was swept into THE LOST GIRLS on the very first page...Heather Young weaves a captivating, multi-layered story that you won’t want to put down.”
— Vanessa Diffenbaugh, internationally bestselling author of The Language of Flowers and We Never Asked for Wings

“THE LOST GIRLS follows sixty years in one bloodline...As the twisting tale unfolds, hidden secrets, scandals and sorrows are revealed as we discover what really happened to Emily; the truth offers up reconciliation, and, ultimately, redemption for all of the women left in her wake.”
— Miranda Beverly-Whittemore, New York Times bestselling author of Bittersweet and June

“Riveting...Told with finesse and an unflinching eye, THE LOST GIRLS examines the bond between sisters, what it means to keep a promise, and how one family’s secrets can stretch across generations.”
— Tara Conklin, New York Times bestselling author of The House Girl

“Suspenseful ... Young juggles each narrative skillfully, noting the terrible ways in which secrets and evasions shape our lives — and how even when it seems unlikely, redemption is always possible.”
— Miami Herald

“The delicacy of [Young’s] writing elevates the drama and gives her two central characters depth and backbone…And the murder mystery that drives [THE LOST GIRLS] is as shocking as anything you’re likely to read for a good long while.”
— New York Times Book Review

Heather Young earned her law degree from the University of Virginia and practiced law in San Francisco before beginning her writing career. She received an MFA from the Bennington College Writing Seminars, and has studied at the Tin House Writers’ Workshop and the Squaw Valley Writers Workshop. She lives in Mill Valley, California, with her husband and two children. The Lost Girls is her first novel.
Loading...
or
Not Currently Available for Direct Purchase