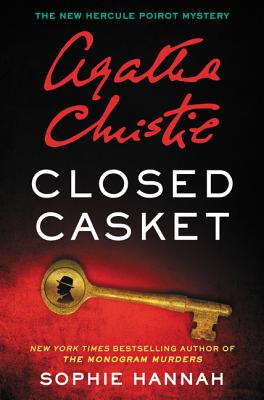 The world's most famous detective returns in this ingenious, stylish, and altogether delicious mystery from the author of the instant bestseller The Monogram Murders ("I was thrilled" -- Gillian Flynn).

With these words, Lady Athelinda Playford -- one of the world's most beloved children's authors -- springs a surprise on the lawyer entrusted with her will. As guests arrive for a party at her Irish mansion, Lady Playford has decided to cut off her two children without a penny . . . and leave her vast fortune to someone else: an invalid who has only weeks to live.

Among Lady Playford's visitors are two strangers: the famous Belgian detective Hercule Poirot, and Inspector Edward Catchpool of Scotland Yard. Neither knows why he has been invited -- until Poirot begins to wonder if Lady Playford expects a murder. But why does she seem so determined to provoke a killer? And why -- when the crime is committed despite Poirot's best efforts to stop it -- does the identity of the victim make no sense at all?


Addictive, ferociously clever, and packed with clues, wit, and murder, Closed Casket is a triumph from the author whose work is "as tricky as anything written by Agatha Christie" (Alexander McCall Smith, The New York Times Book Review).

“Classic Christie . . . Captures the essence of the originals without being a slavish imitation . . . Clues emerge, but the case remains perplexing. Christie aficionados will delight in the familiar repartee and the intricate deduction of the solution.”
— Washington Post

“Sophie Hannah’s idea for a plot line was so compelling and her passion for my grandmother’s work so strong, that we felt that the time was right for a new Christie to be written.”
— Mathew Prichard, grandson of Agatha Christie