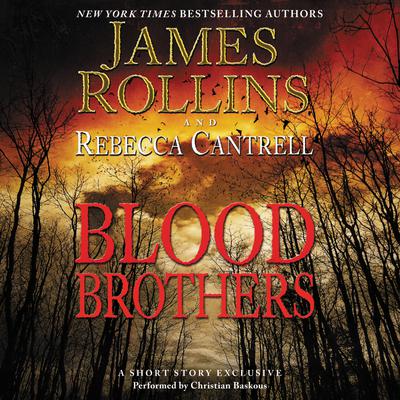 From New York Times bestselling authors James Rollins and Rebecca Cantrell comes a dark story of murder, mystery, and a brotherhood steeped in a bloody past.

As a young reporter, Arthur Crane exposed the secrets behind the Orchid Killer, a cult murderer from the late '60s whose crimes blackened the end of the Summer of Love. Half a century later, Arthur wakes to find an orchid resting on his pillow, a symbol of death from a killer connected to his estranged younger brother, Christian. To discover the horrifying truth, Arthur will risk all-even his very soul-for Christian may not be the brother that Arthur remembers…

Included with this chilling story is a sneak peek at Innocent Blood, the second book in the Order of the Sanguines Series.

JAMES ROLLINS is the New York Times bestselling author of international thrillers, which have been translated into more than forty languages. His Sigma series has been lauded as one of the “top crowd pleasers” (New York Times) and one of the “hottest summer reads” (People). He lives in California.