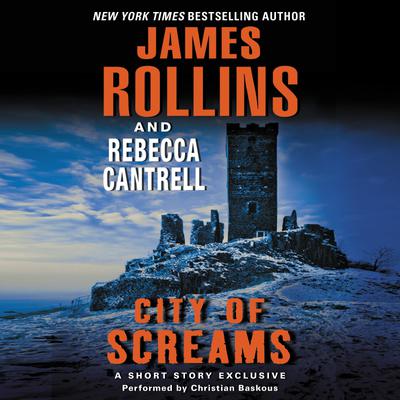 In the haunted, war-torn highlands of Afghanistan, amid the ruins of Shahr-e-Gholghol, an archaeology team is massacred in the night. Sergeant Jordan Stone and his crack forensic team are called in to examine the site, to hunt for the perpetrators of this horrific act. But the discovery of a survivor—a child of ten—will shatter all the team knows about life and death. Among the crumbling bones of dead kings, something hoary and murderous stirs out of the ancient past, lurching forward to claim vengeance on those still living.

Included with this thrilling story is a sneak peek at The Blood Gospel, where the further exploits of Sergeant Stone and his team will be revealed.

JAMES ROLLINS is the New York Times bestselling author of international thrillers, which have been translated into more than forty languages. His Sigma series has been lauded as one of the “top crowd pleasers” (New York Times) and one of the “hottest summer reads” (People). He lives in California.