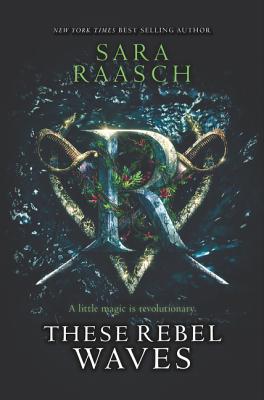 
Praise For These Rebel Waves…

“Full of mesmerizing magic, political intrigue plotted in dark grottos, and a cast of sharp-witted rogues, These Rebel Waves swashbuckled its way into my heart and never let go. Raasch has outdone herself with this new series. You won’t want to put it down.” — Evelyn Skye, New York Times bestselling author of The Crown’s Game and The Crown’s Fate

Praise for ICE LIKE FIRE: “Will have readers awaiting the third book and hoping that it brings Meira and her people peace at long last.” — Kirkus Reviews

Praise for ICE LIKE FIRE: “Hard-core fantasy fans will eat this up and clamor for the conclusion.” — School Library Journal

Praise for ICE LIKE FIRE: “Lush and poetic” — Booklist

Praise for ICE LIKE FIRE: “Will have readers needing the next one, now.” — Voice of Youth Advocates (VOYA)

Praise for SNOW LIKE ASHES: “Snow Like Ashes is a thrilling story with unforgettable characters set in a stunning fantasy world that had me quickly turning pages. I want more!” — Morgan Rhodes, New York Times bestselling author of Falling Kingdoms

Praise for SNOW LIKE ASHES: “The plot and writing are superlative...Highly recommended.” — School Library Journal

Praise for SNOW LIKE ASHES: “A satisfying read.” — Kirkus Reviews

Praise for SNOW LIKE ASHES: “An enjoyable adventure-romance.” — Publishers Weekly

Praise for SNOW LIKE ASHES: “A new society, a grand adventure, and a first romance, all rolled into one big fantasy epic.” — Booklist