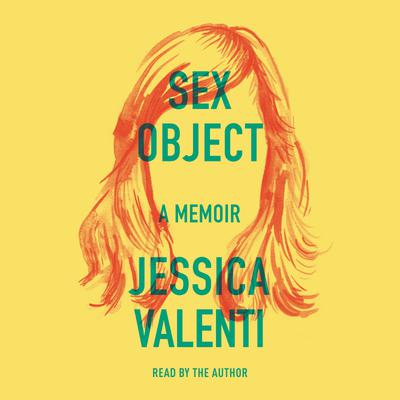 Author and Guardian US columnist Jessica Valenti has been leading the national conversation on gender and politics for over a decade. Now, in a darkly funny and bracing memoir, Valenti explores the toll that sexism takes from the every day to the existential.

Sex Object explores the painful, funny, embarrassing, and sometimes illegal moments that shaped Valenti’s adolescence and young adulthood in New York City, revealing a much shakier inner life than the confident persona she has cultivated as one of the most recognizable feminists of her generation.

In the tradition of writers like Joan Didion and Mary Karr, this literary memoir is sure to shock those already familiar with Valenti’s work and enthrall those who are just finding it.

“Jessica Valenti is a breath of fresh air. She offers the kind of raw honesty that can feel like a punch in the gut, but leaves you with the warmth of a deep embrace.” — Ms. Magazine

“One of the most visible and successful feminists of her generation.”  — Washington Post

Jessica Valenti is the author of four previous books on feminism and politics, and editor of the anthology Yes Means Yes: Visions of Female Sexual Power and a World Without Rape. The founder of Feministing.com and a columnist for the Guardian US, her articles have topped the most-read lists at the Atlantic, the Washington Post, The Nation, and the Guardian US. She has also written for the New York Times, Salon, American Prospect, Bitch, Ms. Magazine, and The Toast. She lives in Brooklyn with her husband and daughter.