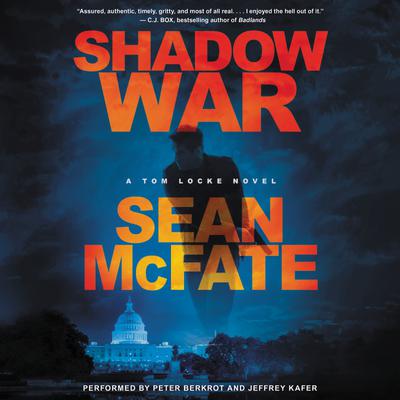 An army veteran with deep expertise in military and international affairs makes his fiction debut with this electrifying international thriller—the first volume in a blistering hot series in the tradition of Brad Thor, Tom Clancy, and Daniel Silva. In Shadow War, an elite American mercenary on a secret mission to save a businessman’s family in Eastern Europe must navigate perilous setbacks and deadly enemies that threaten to tip the balance of power between Russia and the United States.

Tom Locke is an elite warrior working for Apollo Outcomes, one of the world’s most successful private contracting firms. Pulled out of a mission in Libya, he is tapped for an unusual and risky assignment: a top secret black op in Ukraine. He is given one week to rescue an oligarch’s family and pull off a spectacular assault that could have long-lasting repercussions for this imperiled Eastern European nation and the world.

What Locke doesn’t know is that the operation comes with a dangerous complication: Brad Winters. Locke’s ambitious and enigmatic boss is engaged in a secretive, high-stakes geopolitical chess game with several influential powerbrokers in capitals around the world. One misstep could cost him—and Locke—everything.

While Locke has methodically planned the mission and hand-picked a team of trusted operatives to pull it off—and save his ass if things go south—he doesn’t count on running into a former love, war correspondent Alie MacFarlane, who impulsively makes a move that risks both their lives. Locke is an intelligent, iconoclastic soldier who specializes in pulling off the impossible. But all his brilliant preparation can’t prevent the kind of backstabbing and deception that could lead to catastrophe . . . and tip the balance of power toward Putin’s Russia.