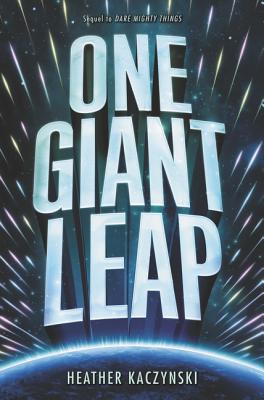 Leap into the unknown with the second book in Heather Kaczynski’s heart-pounding duology, which is perfect for fans of The 5th Wave.

When Cassandra Gupta was chosen to be the youngest member of a top-secret mission to the far reaches of the universe, she knew to expect the unexpected. But nothing could have prepared her for the catastrophic events that would occur once she left Earth.

Cassie and the rest of the crew have found themselves in the middle of a conflict between two alien civilizations hell-bent on destroying each other . . . and anyone else who gets in their way.

What was supposed to be a reconnaissance mission soon becomes a fight for their lives. But Cassie knows that it isn’t enough to simply survive.

The war is coming to Earth, and only she has the information that can possibly stop the devastation it will bring. With humanity’s fate in the balance, Cassie must decide who she can trust and who she's willing to sacrifice in order to complete her mission.

Heather Kaczynski writes books for teenagers and other people who like books about teenagers. They’re usually about teenagers saving the world, because she really believes they can. Heather never got to go to space camp, so she had to settle for writing about it. After graduating cum laude with a degree in biology, she returned to her first love of books, and she now works in a library near NASA. She lives with her husband, their daughter, and way too many books. She’s not nearly brave enough to go into space, but she did twirl a fire baton in high school. Visit her online at www.heatherkaczynski.com.