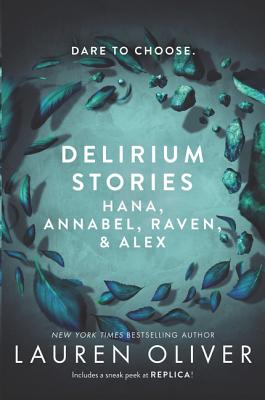 The short-story collection companion to Lauren Oliver’s New York Times bestselling trilogy about forbidden love, revolution, and the power to choose. Now with a brand-new cover and an exclusive-to-this-book sneak peek at her next novel for teens: the ambitious, wholly original masterwork Replica.

Hana adds nuance to the life-changing summer before best friends Lena and Hana are to be cured—a moment when the girls’ paths diverge and their futures are altered forever.

Annabel untangles the mysteries surrounding Lena’s mother, detailing her journey from teenage runaway to prisoner of the state.

Raven crackles with the intensity of its title character, the fierce leader of a rebel group in the Wilds who plays an integral role in the resistance.

And Alex explains what happened to Lena’s first love after the events of Delirium, as well as the dark past that he has tried to forget.