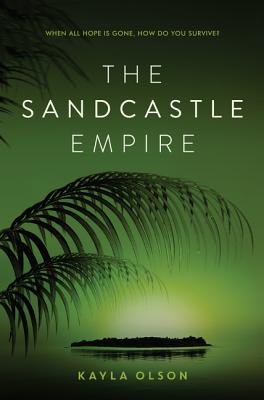 Before the war, Eden’s life was easy. Then the revolution happened, and everything changed.

Now a powerful group called the Wolfpack controls the earth and its resources. And even though Eden has lost everything to them, she refuses to die by their hands. She knows the coordinates to the only neutral ground left in the world, a place called Sanctuary Island, and she is desperate to escape to its shores.

Eden finally reaches the island and meets others resistant to the Wolves. But the solace is short-lived when one of Eden’s new friends goes missing. Braving the jungle in search of their lost ally, they quickly discover Sanctuary is filled with lethal traps and an enemy they never expected.

This island might be deadlier than the world Eden left behind, but surviving it is the only thing that stands between her and freedom.


Praise For The Sandcastle Empire…

“The Maze Runner meets Lost in this near-future sci-fi thriller that twists and turns all the way to the heart-pounding end!”
— Beth Revis, New York Times bestselling author of the Across the Universe series and A World Without You

“The novel is in turns wistful and poetic. Filled with interesting characters and difficult scenarios, this debut is designed to leave readers thinking.”
— Kirkus Reviews

“Readers will enjoy sinking into the thoughtfully constructed details of Olson’s ravaged future Earth, as well as a number of terrifying action sequences that build to a game-changing twist.”
— Publishers Weekly

“Readers who enjoy stories of adventure and exploration will appreciate the trials that Eden must endure as she explores the island.”
— Voice of Youth Advocates (VOYA)

Kayla Olson was raised in a small town in Texas where an infinite sea of stars still fills the night sky. Her first novel, The Sandcastle Empire, was followed by This Splintered Silence. Find her online at www.kaylaolson.com.