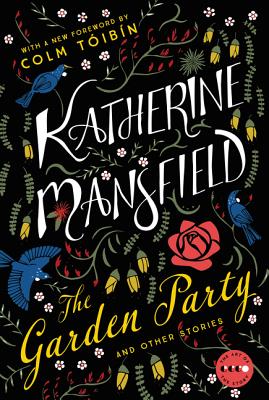 And Other Stories (Art of the Story)

In fifteen funny, colorful, poignant and mysterious stories, the irreverent modernist Katherine Mansfield, a friend and contemporary of D. H. Lawrence and Virginia Woolf, examines a range of themes integral to the human experience, from marriage, family, and death to duty, disillusionment, and regret in this commanding collection, part of the Ecco Art of the Story series.

Written towards the end of Katherine Mansfield’s tragically short life in the chaotic years after World War I, the fifteen stories in The Garden Party are as fresh, perceptive, and vivid today as they were nearly a century ago. Many are set in the author's native New Zealand while others take place in England or on the French Riviera. In each, Mansfield explores the small yet transformative epiphanies in every day life and illuminates the unspoken, often misunderstood emotions common to us all.

In the wry "The Daughters of the Late Colonel," two sisters discover that freedom from their father isn’t quite what they expected it to be. A lonely and naïve older woman’s contrived sense of self is painfully challenged in "Miss Brill." "At the Bay" considers the plight of a happily married young woman who struggles to find equality with her husband.

The Garden Party is an enduring work of literary craftsmanship from a marvelous modern artist.

Katherine Mansfield was a popular New Zealand short-story writer best known for the stories "The Woman at the Shore," "How Pearl Button Was Kidnapped," "The Doll’s House," and her twelve-part short story "Prelude," which was inspired by her happy childhood. Although Mansfield initially had her sights set on becoming a professional cellist, her role as editor of the Queen’s College newspaper prompted a change to writing. Mansfield’s style of writing revolutionized the form of the short story at the time, in that it depicted ordinary life and left the endings open to interpretation, while also raising uncomfortable questions about society and identity. Mansfield died in 1923 after struggling for many years with tuberculosis.