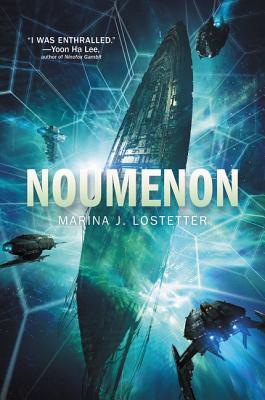 With nods to Arthur C. Clarke’s Rama series and the real science of Neal Stephenson’s Seveneves, a touch of Hugh Howey’s Wool, and echoes of Octavia Butler’s voice, a powerful tale of space travel, adventure, discovery, and humanity that unfolds through a series of generational vignettes.

In 2088, humankind is at last ready to explore beyond Earth’s solar system. But one uncertainty remains: Where do we go?

Astrophysicist Reggie Straifer has an idea. He’s discovered an anomalous star that appears to defy the laws of physics, and proposes the creation of a deep-space mission to find out whether the star is a weird natural phenomenon, or something manufactured.

The journey will take eons. In order to maintain the genetic talent of the original crew, humankind’s greatest ambition—to explore the furthest reaches of the galaxy— is undertaken by clones. But a clone is not a perfect copy, and each new generation has its own quirks, desires, and neuroses. As the centuries fly by, the society living aboard the nine ships (designated Convoy Seven) changes and evolves, but their mission remains the same: to reach Reggie’s mysterious star and explore its origins—and implications.

A mosaic novel of discovery, Noumenon—in a series of vignettes—examines the dedication, adventure, growth, and fear of having your entire world consist of nine ships in the vacuum of space. The men and women, and even the AI, must learn to work and live together in harmony, as their original DNA is continuously replicated and they are born again and again into a thousand new lives. With the stars their home and the unknown their destination, they are on a voyage of many lifetimes—an odyssey to understand what lies beyond the limits of human knowledge and imagination.

“Lostetter expertly balances the thrill of discovery with the interpersonal consequences of an isolated community. The tools of speculative fiction are deployed with heart-rending attention to emotional reality in this enthralling odyssey. A striking adventure story that could hold a galaxy in its scope.” — Kirkus Reviews (starred review)

“[An] ambitious and stunning debut...Lostetter handles a complex and fractured narrative masterfully, never allowing her novel to become confusing or unconvincing. There are no easy answers to the book’s questions, but the lingering sense of wonder and discovery thoroughly justifies its title.” — Publishers Weekly (starred review)

“Soaked in the spirit of classic SF sensawunda, this ambitious debut explores the complexities of such an immense voyage, which pile up in surprising ways as the clones get further from the familiar.” — B&N Sci-Fi & Fantasy Blog

“Noumenon...offers a dreamlike exploration of evolving societies and the many ways humans can control, fight and love each other.” — Washington Post

“Talk about a stunning debut! Lostetter’s first full-length novel is an ambitious feat of worldbuilding that will remind you of classic sci-fi favorites.” — RT Book Reviews