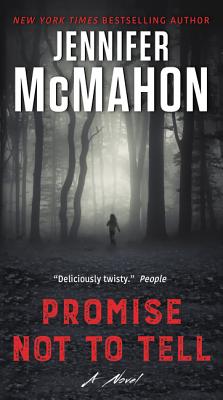 Promise Not to Tell

“McMahon unfurls a whirlwind of suspense...Combining murder mystery and coming-of-age tale with supernatural elements, this taut novel is above all a reflection on the haunting power of memory.” –Entertainment Weekly

A woman’s past and present collide in terrifying ways in this explosive debut by New York Times bestselling author Jennifer McMahon.

Forty-one-year-old school nurse Kate Cypher has returned home to rural Vermont to care for her mother, who's afflicted with Alzheimer's. On the night she arrives, a young girl is murdered—a horrific crime that eerily mirrors another from Kate's childhood. Three decades earlier, her dirt-poor friend Del—shunned and derided by classmates as "Potato Girl"—was brutally slain. Del's killer was never found, while the victim has since achieved immortality in local legends and ghost stories. Now, as this new murder investigation draws Kate irresistibly in, her past and present collide in terrifying, unexpected ways. Because nothing is quite what it seems . . . and the grim specters of her youth are far from forgotten.

More than just a murder mystery, Jennifer McMahon's extraordinary debut novel, Promise Not to Tell, is a story of friendship and family, devotion and betrayal—tautly written, deeply insightful, beautifully evocative, and utterly unforgettable.


Praise For Promise Not to Tell: A Novel…

“McMahon unfurls a whirlwind of suspense...Combining murder mystery and coming-of-age tale with supernatural elements, this taut novel is above all a reflection on the haunting power of memory.”  — Entertainment Weekly

“One of the brightest new stars of literary suspense.” — Los Angeles Times

“Deeply disturbing and darkly compelling, PROMISE NOT TO TELL will have you looking over your shoulder for the Potato Girl long after you’ve turned the last page.” — Sara Gruen, bestselling author of WATER FOR ELEPHANTS

“Part ghost story, part whodunit and part coming-of-age tale, PROMISE NOT TO TELL takes you through the twisted world of adolescent friendship, betrayal and murder. An ambitious debut by Jennifer McMahon that will make you look forward to her next.” — Pam Lewis, author of SPEAK SOFTLY, SHE CAN HEAR

“I loved this book. I was entertained, terrified, and held captive until it was done. I could not put it down.” — Sara Gran, author of COME CLOSER and DOPE

“‘What’s the worse thing you’ve ever done?’ That is the question, posed by a stranger, that 41-year-old Kate Cypher can’t get out of her mind in McMahon’s impressive debut…McMahon’s gift is the deliciously twisty way she subverts all your expectations, keeping you guessing with wry wit and feverish chills. ‘The dead can blame,’ one character says. And the truth, this whip-smart novel reminds us, can break your heart.” — People

“Part mystery-thriller and part ghost story, McMahon’s well-paced debut alternates smoothly between past and present…McMahon does a particularly good job of portraying the cruelty of school children.” — Publishers Weekly

“A great, dark, spooky book for the summer.” — Today Show