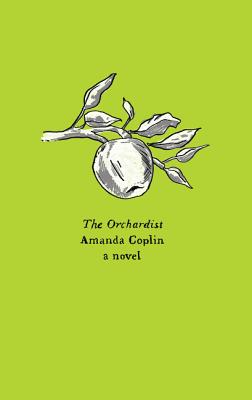 The New York Times bestselling novel that is historical fiction at its best—a haunting story about a makeshift family in the American West that follows in the grand literary tradition of William Faulkner, Marilynne Robinson, Michael Ondaatje, Annie Proulx, and Toni Morrison—now available in a limited Olive Edition.

“A stunning accomplishment, hypnotic in its storytelling power, by turns lyrical and gritty, and filled with marvels.”—National Public Radio

At the turn of the twentieth century, in a rural stretch of the Pacific Northwest, a reclusive orchardist, William Talmadge, tends to apples and apricots as if they were loved ones. A gentle man, he's found solace in the sweetness of the fruit he grows and the quiet, beating heart of the land he cultivates. One day, two teenage girls appear and steal his fruit at the market; they later return to the outskirts of his orchard to see the man who gave them no chase.

Feral, scared, and very pregnant, the girls take up on Talmadge's land and indulge in his deep reservoir of compassion. Just as the girls begin to trust him, men arrive in the orchard with guns, and the shattering tragedy that follows will set Talmadge on an irrevocable course not only to save and protect them but also to reconcile the ghosts of his own troubled past.

Transcribing America as it once was before railways and roads connected its corners, Amanda Coplin weaves a tapestry of solitary souls who come together in the wake of unspeakable cruelty and misfortune. She writes with breathtaking precision and empathy, and in The Orchardist she crafts an astonishing debut novel about a man who disrupts the lonely harmony of an ordered life when he opens his heart and lets the world in.