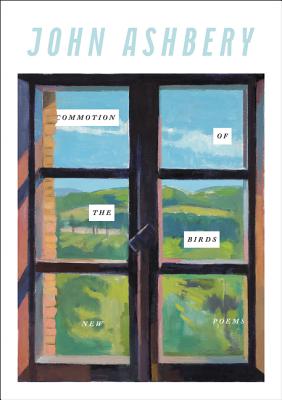 Commotion of the Birds

A moving new collection from one of America’s greatest poets, now in paperback.

For more than sixty years, the poems of John Ashbery have served as signposts guiding us through the delights, woes, hypocrisies, and uncertainties of living in the modern world. With language harvested from everyday speech, fragments of pop culture, and objects and figures borrowed from art and literature, his work makes light out of darkness, playing with tone and style to show how even the seemingly frivolous stuff of existence can be employed to express the deepest levels of feeling.

Commotion of the Birds, his twenty-seventh collection, once again showcases Ashbery’s mastery of a staggering range of voices and his singular lyric agility: wry, frank, contemplative, resigned, bemused, and ecstatic. The poet in this new collection is at once removed from and immersed in the terrain of his examination. Disarmingly conversational, he invites the reader to join him in looking out onto the future with humor, curiosity, and insight. The lines of these poems achieve a low-humming, thrilling point of vibration, a jostling of feathers before flight.