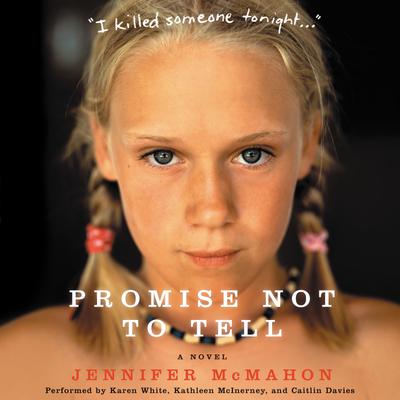 Promise Not to Tell (Digital Audiobook)

A woman’s past and present collide with unexpected results in this hauntingly beautiful debut novel set in rural Vermont.

Forty-one-year-old school nurse Kate Cypher has returned home to rural Vermont to care for her mother who’s afflicted with Alzheimer’s. On the night she arrives, a young girl is murdered—a horrific crime that eerily mirrors another from Kate’s childhood. Three decades earlier, her dirt-poor friend Del—shunned and derided by classmates as “Potato Girl”—was brutally slain. Del’s killer was never found, while the victim has since achieved immortality in local legends and ghost stories. Now, as this new murder investigation draws Kate irresistibly in, her past and present collide in terrifying, unexpected ways. Because nothing is quite what it seems . . . and the grim specters of her youth are far from forgotten.

More than just a murder mystery, Jennifer McMahon’s extraordinary debut novel, Promise Not to Tell, is a story of friendship and family, devotion and betrayal—tautly written, deeply insightful, beautifully evocative, and utterly unforgettable.