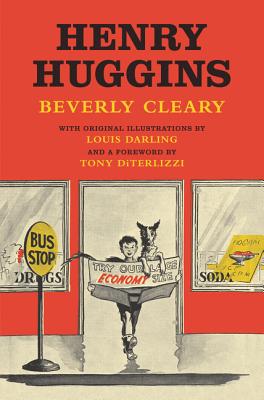 In Newbery Medal-winning author Beverly Cleary’s first novel, boys and girls alike will instantly be charmed by an average boy whose life is turned upside-down when he meets a loveable puppy with a nose for mischief.

Just as Henry Huggins is complaining that nothing exciting ever happens, a friendly dog sits down beside him and looks pleadingly at his ice-cream cone. From that moment on, the two are inseparable. But when Ribsy’s original owner appears, trying to reclaim his dog, Henry’s faced with the possibility of losing his new best friend.

Has Klickitat Street seen the last of rambunctious Ribsy?

Louis Darling was an illustrator, writer, and environmentalist who was born and lived most of his life in Connecticut. His illustrations filled the pages of Beverly Cleary’s books until his death in 1970. His work is celebrated and immortalized by generations of fans.