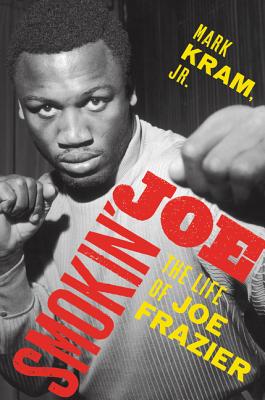 A gripping, all-access biography of Joe Frazier, whose rivalry with Muhammad Ali riveted boxing fans and whose legacy as a figure in American sports and society endures


Praise For Smokin' Joe: The Life of Joe Frazier…

“A revelation, a powerhouse, a thing of beauty, and—OK, I’ll say it—a knockout. Joe Frazier is one of the most compelling figures ever to step in a boxing ring, and Mark Kram, Jr. has written a biography worthy in every way of the champ’s greatness.” — Jonathan Eig, bestselling author of Ali: A Life

“Mark Kram, Jr. much, much more than splendidly gets to the strange anomaly that was Smokin’ Joe: you’d have thought the guy didn’t get no respect. Only he did. Lots...His life is a story worth reading.” — Richard Ford

“An exquisite biography that depicts Frazier as he really was: not just fearless and ferocious but soulful, compassionate, loyal, impulsive, capable of powerful hatred and even more powerful love. You can feel the gospel truth of Smokin’ Joe deep in your bones.” — John Schulian, winner of the PEN/ESPN Lifetime Achievement Award for Literary Sports Writing

“Mark Kram Jr.’s landmark book about Joe Frazier...at last remedies a grave wrong, lifting the indomitable Frazier out of the crypt of creeping obscurity and into the exalted place he deserves in America’s annals...[A] sublime exploration.” — Michael Leahy, aof the Casey Award-winning The Last Innocents: The Collision of the Turbulent Sixties and the Los Angeles Dodgers

“Bookish fans of the sweet science will flock to this biography.” — Kirkus Reviews

"Kram...writes with the intensity that Frazier fought with...Unlike his subject, Kram knows when to take a step back and reflect, revealing a Frazier far removed from the enduring portrayal of him as 'an angry and unforgiving man so incapable of letting go of the hatred he harbored for Ali.'" — The National Book Review

Mark Kram, Jr. won the 2013 PEN/ESPN Award for Literary Sports Writing for his first book, Like Any Normal Day: A Story of Devotion. Articles by him have appeared in The Best American Sports Writing and will be included in the forthcoming anthology, The Great American Sports Page. The Society of Professional Journalists honored him with the 2011 Sigma Delta Chi Award for feature writing. Formerly a sports writer in Philadelphia, Detroit, and Baltimore, he is the son of the late Mark Kram, the acclaimed journalist for Sports Illustrated and author of Ghosts of Manila: The Fateful Blood Feud between Muhammad Ali and Joe Frazier. He has edited a collection of his father’s magazine pieces, Great Men Die Twice: The Selected Works of Mark Kram. He lives outside Philadelphia.