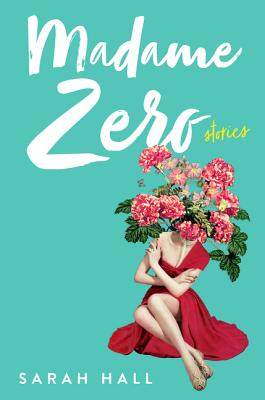 From one of the most accomplished British writers working today, the Man Booker Prize-shortlisted author of The Wolf Border, comes a unique and arresting collection of short fiction that is both disturbing and dazzling.

Sarah Hall has been hailed as "one of the most significant and exciting of Britain’s young novelists" (The Guardian), a writer whose "intelligence and ambition are thrilling to behold" (BookForum). Her work has been acclaimed as "amazing . . . terrific and original" (Washington Post). In this collection of nine works of short fiction, she uses her piercing insight to plumb the depth of the female experience and the human soul.

A husband’s wife transforms into a vulpine in "Mrs. Fox," winner of the BBC Short Story Prize. In "Case Study 2, " A social worker struggles with a foster child raised in a commune. A new mother runs into an old lover in "Luxury Hour." In incandescent prose, full of rich observations and striking clarity, Hall has composed nine wholly original pieces—works of fiction that will resonate long after the final page is turned.

“So fearsomely excellent it almost hurt to read. Truly the best collection I’ve come across in a decade.”
— Wells Tower

“I devoured Sarah Hall’s MADAME ZERO like Mrs. Fox eats a pigeon with clipped wings. Reading this collection was like reading Kelly Link or Kevin Wilson or Lucy Wood’s stories for the first time. These are the kind of sexual, surreal stories I yearn to read and aspire to write.”
— Helen Ellis, author of American Housewife

“In Madame Zero’s nine brief stories, Hall covers a staggering amount of ground, crafting compelling narratives that are expansive despite their brevity. Sensual and chilling by turns, this collection is electric.”
— Paste Magazine

“Hall is as bold with her pen as her character Evie is with her newfound sensuality: there’s nothing furtive about these brilliant stories. Each one is a leap into a dark, mysterious void that ultimately reveals glittering terrors therein.”
— Independent

“Winning...Hall’s language is at all times remarkable, moving between evocative lyricism and cool precision as the stories demand...With her brilliant depictions of the strange places of the human mind, Hall has crafted an illuminating collection that will haunt readers for a long time.”
— Washington Independent Review of Books

“A perfect balance of language and content, poised at the magical midway point between the distillation of poetry and the vicariousness of prose.”
— Los Angeles Review of Books

“If you haven’t read [Hall] yet, the best of these dark tales are a perfect place to start.”
— The Daily Telegraph

“Hall looks with frightening believability into dystopian, apocalyptic and disease-ravaged near futures. Already Booker-shortlisted twice for her novels, Hall is an edgy, sensuous and immediate writer of striking power and grace.”
— Sunday Times (London)

“From childlessness to killer superbugs, these powerful stories are dazzling in range and execution.”
— Mail on Sunday

“A 21st-century take on the ghost story, this is uneasy -- but essential -- reading.”
— Sunday Telegraph

“A bold set of stories that speak to the times… Humming with tension and enlivened by Hall’s nimble prose, these of-the-moment stories form a collection that’s destined to endure.”
— BookPage

“Hall distinguishes herself across an extraordinary range of stories....Her prose, which can seem both understated and lushly evocative at the same time, haunts.”
— Glasgow Herald

“Razor-sharp writing forms a striking canvas for stories which teeter on the edge of bizarre and are riveting and vital.”
— Booklist

“What a marvelous collection! I loved these stories, each one inviting us—with bright, clear, and startling sentences—on a journey into the heart of wilderness: what it is, where it resides, and how we each hunger for its many incarnations.”
— Robin MacArthur, author of Half-Wild: Stories

“These stories showcase Hall’s thematic ambition and formal skill. She’s adept at matching voice to narrative, and her language is inventive and expressive … Hall finds the weirdness in everyday life and makes the strange feel quotidian.”
— Kirkus Reviews (starred review)

“Hall is one of those rare writers whose short fiction has the same luminosity as her novels. But the short form allows her more room to probe and roam, to experiment with form, to sink her fingers into the earth....The body is often treacherous and the self is slippery.”
— The Observer (London)

“A disquieting demonstration of the power of the form.”
— Publishers Weekly

“Hall writes of the borderlands beyond social conformity in ripe, sensual prose....A collection to savour.”
— Metro