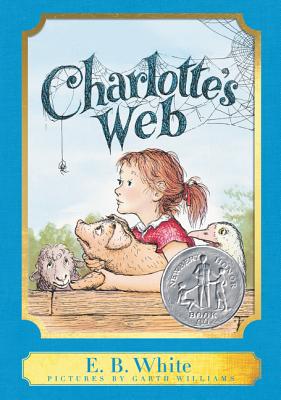 A new hardcover edition of E. B. White’s beloved classic, Charlotte’s Web. One of the stunning new Harper Classics editions of literary treasures.

These are the words in Charlotte’s web, high in the barn. Her spiderweb tells of her feelings for a little pig named Wilbur, who simply wants a friend. They also express the love of a little girl named Fern, who saved Wilbur’s life when he was born the runt of his litter.

With an unforgettable cast of characters around the barn, the story of the friends has enchanted readers ever since it was first published. E. B. White’s Newbery Honor Book is a tender novel of friendship, love, life, and death that will continue to be enjoyed by generations to come.