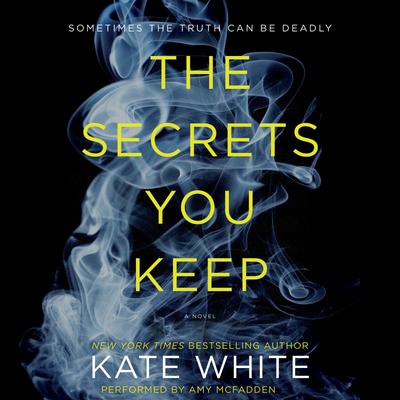 The Secrets You Keep (Digital Audiobook)

From the New York Times bestselling author of The Wrong Man and Eyes on You comes a harrowing new psychological thriller about a successful self-help author who suddenly finds her life spiraling dangerously out of control.

What would you do if you realized that your new husband, a man you adore, is keeping secrets from you—secrets with terrifying consequences?

Bryn Harper, an accomplished self-help author, already has plenty to deal with. She’s still recovering from a devastating car accident that has left her haunted by recurring, smoke-filled nightmares. Worse still, she can’t shake the ominous feeling her dreams contain a warning.

In the beginning, Bryn’s husband Guy couldn’t have been more supportive. But after moving into a new house together, disturbing incidents occur and Guy grows evasive, secretive. What the hell is going on, she wonders? Then, a woman hired to cater their dinner party is brutally murdered.

As Bryn’s world unravels—and yet another woman in town is slain —she must summon her old strength to find answers and protect her own life. Her nightmares may in fact hold the key to unlocking the truth and unmasking the murderer.

With unexpected, riveting twists, The Secrets You Keep is an utterly compelling psychological thriller that once again showcases Kate White’s extraordinary storytelling talent.

Kate White, the former editor in chief of Cosmopolitan magazine, is the New York Times bestselling author of the stand-alone novels Hush, The Sixes, and Eyes on You, as well as the Bailey Weggins mystery series. She is editor of The Mystery Writers of America Cookbook. She is also the author of popular career books for women, including I Shouldn't Be Telling You This: How to Ask for the Money, Snag the Promotion, and Create the Career You Deserve.