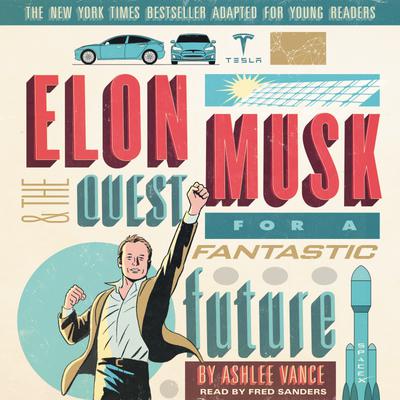 An in-depth look into the extraordinary life of the world’s most important entrepreneur, Elon Musk

The version for adults has been praised as “riveting” (The Financial Times), “spirited” (The Wall Street Journal), and “masterful” (Vice). Now younger readers can read about this innovative leader who is revolutionizing three industries at once: space, automotive, and energy.

There are few people in history who could match Elon Musk’s relentless drive and vision. A modern combination of famous inventors and industrialists like Thomas Edison, Henry Ford, and Steve Jobs, Elon is the man behind companies such as SpaceX, Tesla Motors, SolarCity, and PayPal that are transforming the way we live.

Written with exclusive access to Elon, his family, and his friends, this book traces Elon’s journey from a kid in South Africa to a young man in the United States, his dramatic technical inventions, and his world-changing companies. Elon has sparked new levels of innovation in the world, and this book gives young readers a detailed but fast-paced look at his story.