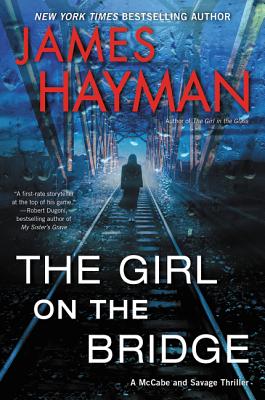 The Girl on the Bridge

A McCabe and Savage Thriller

Those responsible have never faced or feared justice. Until now. A month after Hannah’s death, Joshua Thorne—former Holden College quarterback and now a Wall Street millionaire—is found murdered, his body bound to a bed and brutally mutilated.

When a second attacker dies in mysterious circumstances, detectives Mike McCabe and Maggie Savage know they must find the killer before more of Hannah’s attackers are executed. But they soon realize, these murders may not be simple acts of revenge, but something far more sinister.


Praise For The Girl on the Bridge: A McCabe and Savage Thriller…

“The Girl on the Bridge combines the pleasures of a classic police procedural with the righteous satisfaction of a revenge thriller, and a great twist. Every crime fiction fan will find something to enjoy here.” — Joseph Finder, New York Times bestselling author of Paranoia and The Switch

“A riveting police procedural that gripped me on page one and never let go. Hayman paints a frighteningly real scenario of every parent’s worst nightmare. The subsequent murders are either revenge or justice -- maybe both. A first-rate story-teller at the top of his game.” — Robert Dugoni, bestselling author of My Sister's Grave

“Turning someone else’s terror, pain, and even death into diverting entertainment is at the core of the mystery writer’s craft, and here Hayman offers a stunning lesson in how to do it… Everything goes right here: pacing, mood, and lean, elegant writing.” — Booklist

James Hayman is the New York Times bestselling author of the McCabe and Savage thrillers The Cutting, The Chill of Night, Darkness First, and The Girl in the Glass, which combined have sold more than half a million copies.