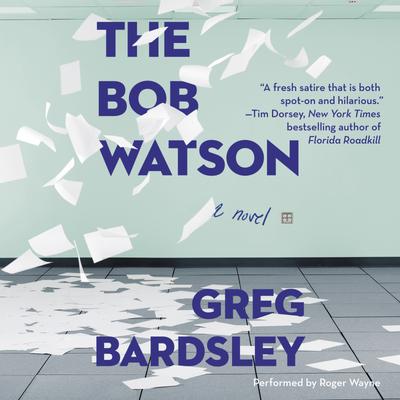 From the author of Cash Out, a hilarious novel about one working stiff’s day of hooky—reminiscent of Ferris Bueller’s Day Off and Office Space—and the insanity that ensues.

Rick Blanco walks out of meetings. He’s a serial meeting ditcher. A walk-out artist. He’s so good that no one seems to notice when he just gets up and walks out. A corporate illusionist of the covert kind, he learned his trade studying a former colleague, the master of meeting ditches, Bob Watson. Rick continues Bob’s legacy, going for more frequent and longer ditches, building on the art with every boring corporate meeting.

Now, Rick wants to pull off his most important Bob Watson yet—skipping out of work to see his young nephew before he moves with his parents to Argentina. But things soon get complicated. As Rick leaves the office, he’s mistaken for the company’s human resources executive Dick Rayborne, a man made famous in HR circles for creating the hot new labor practice of “consourcing”—like “outsourcing” but with convicted felons. Convinced that he is the scummy Dick Rayborne, two cons, and a granny they call Mama, force Rick into six hours of mayhem, complete with home break ins and emergency board of directors meetings. Along the way, Rick realizes he has the opportunity to pull off the most meaningful Bob Watson imaginable, and still give his nephew a hug goodbye.

Refreshing, witty, and clever, The Bob Watson is a madcap tale of danger, adventure, and personal discovery.

Greg Bardsley has worked as a Silicon Valley speechwriter, a news-paper reporter, and a weekly columnist. His ghostwriting for high-profile business executives has appeared in Newsweek, USA Today, and the Financial Times. His short fiction has appeared in numerous journals and anthologies, including 3:AM magazine, Plots with Guns, Uncage Me, and Sex, Thugs, and Rock & Roll. He lives in the San Francisco Bay Area.