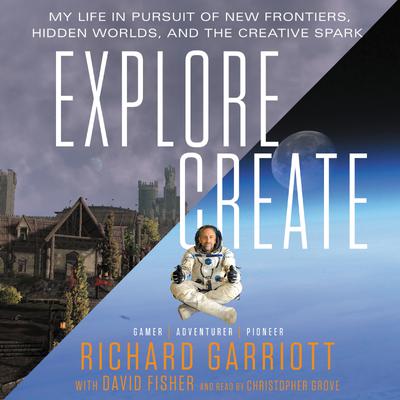 An inventor, adventurer, entrepreneur, collector, and entertainer, and son of legendary scientist-astronaut Owen Garriott, Richard Garriott de Cayeux has been behind some of the most exciting undertakings of our time. A legendary pioneer of the online gaming industry—and a member of every gaming Hall of Fame—Garriott invented the multi-player online game, and coined the term “Avatar” to describe an individual’s online character.

In this fascinating memoir, Garriott invites readers on the great adventure that is his life. An audacious genius with an insatiable curiosity and an irrepressible playfulness, Garriott takes readers on an unforgettable intellectual experience that is enlightening, adventurous, and fun.

David Fisher is the author or coauthor of more than seventy books, nineteen of which have been New York Times bestsellers, including most recently Bill O'Reilly's Legends & Lies: The Real West.