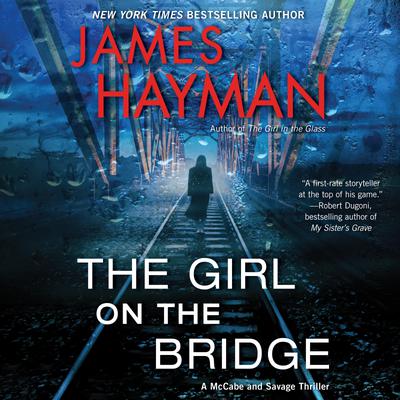 The Girl on the Bridge (Digital Audiobook)

A McCabe and Savage Thriller

Those responsible have never faced or feared justice. Until now. A month after Hannah’s death, Joshua Thorne—former Holden College quarterback and now a Wall Street millionaire—is found murdered, his body bound to a bed and brutally mutilated.

When a second attacker dies in mysterious circumstances, detectives Mike McCabe and Maggie Savage know they must find the killer before more of Hannah’s attackers are executed. But they soon realize, these murders may not be simple acts of revenge, but something far more sinister.

James Hayman, formerly creative director at one of New York’s largest advertising agencies, is the author of the acclaimed McCabe and Savage series: The Cutting, The Chill of Night, Darkness First, and The Girl in the Glass.