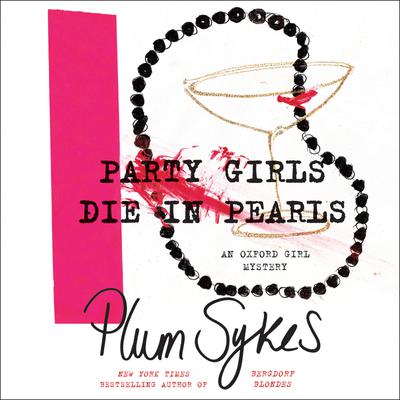 The New York Times bestselling author of Bergdorf Blondes takes us back to the decadent 1980s in this comic murder mystery set in the tony world of Oxford University.

It’s 1985, and at Oxford University, Pimm’s, punting, and ball gowns are de rigeur. Ursula Flowerbutton, a studious country girl, arrives for her first term anticipating nothing more sinister than days spent poring over history books in gilded libraries—and, if she’s lucky, an invitation to a ball.

But when she discovers a glamorous classmate on a chaise longue with her throat cut, Ursula is catapulted into a murder investigation.

Determined to bag her first scoop for the famous student newspaper Cherwell, Ursula enlists the help of trend-setting American exchange student Nancy Feingold to unravel the case. While navigating a whirl of black-tie parties and secret dining societies, the girls discover a surfeit of suspects. From broken-hearted boyfriends to snobby Sloane Rangers, lovelorn librarians to dishy dons, none can be presumed innocent—and Ursula’s investigations mean that she may be next on the murderer’s list.

Plum Sykes was born in London and educated at Oxford. The author of the novels Bergdorf Blondes and The Debutante Divorcée and the Kindle Single memoir Oxford Girl, she is a contributing editor at American Vogue, where she writes about fashion, society, and Hollywood. She has also written for Vanity Fair. She lives in the English countryside with her husband and two daughters.