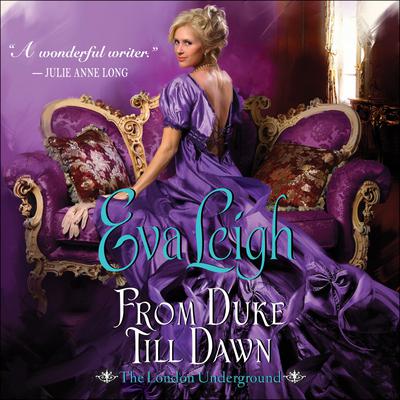 From Duke Till Dawn (Digital Audiobook)

Eva Leigh is the pen name of a RITA® Award-nominated romance author who writes novels chock-full of smart women and sexy men. She enjoys baking, Tweeting about boots, and listening to music from the '80s. Eva and her husband live in Southern California.