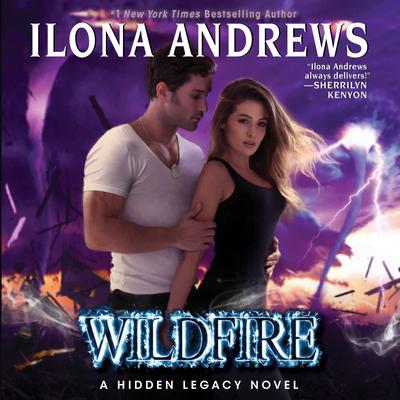 From Ilona Andrews, #1 New York Times bestselling author, the thrilling conclusion to her Hidden Legacy series, as Nevada and Rogan grapple with a power beyond even their imagination…

Nevada Baylor can’t decide which is more frustrating—harnessing her truthseeker abilities or dealing with Connor “Mad” Rogan and their evolving relationship. Yes, the billionaire Prime is helping her navigate the complex magical world in which she’s become a crucial player—and sometimes a pawn—but she also has to deal with his ex-fiancée, whose husband has disappeared, and whose damsel-in-distress act is wearing very, very thin.

Rogan faces his own challenges, too, as Nevada’s magical rank has made her a desirable match for other Primes. Controlling his immense powers is child’s play next to controlling his conflicting emotions. And now he and Nevada are confronted by a new threat within her own family. Can they face this together? Or is their world about to go up in smoke?

"Ilona Andrews" is the pseudonym for a husband-and-wife writing team. Ilona is a native-born Russian and Gordon is a former communications sergeant in the U.S. Army. Contrary to popular belief, Gordon was never an intelligence officer with a license to kill, and Ilona was never the mysterious Russian spy who seduced him. They met in college, in English Composition 101, where Ilona got a better grade. (Gordon is still sore about that.) They have co-authored two New York Times and USA Today bestselling series—the urban fantasy of Kate Daniels and the romantic urban fantasy of The Edge—and are working on the next volumes for both. They live in Texas with their two children and many dogs and cats.