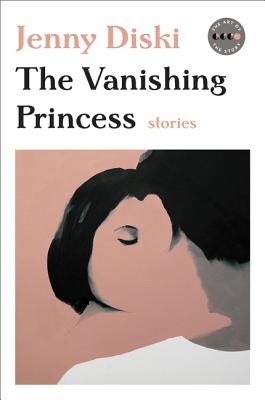 “Caustically funny and ebullient stories. . . . Diski’s is the kind of voice of which we need more, of which we now have one fewer. But she has paved a subversive path through the forest for others to follow.” -- Vanity Fair

WITH A PREFACE BY HEIDI JULAVITS, AUTHOR OF THE FOLDED CLOCK

The only story collection from the beloved Jenny Diski—darkly funny, subversive, sexy, and eccentric tales from one of the most original and intelligent voices of our time.

Jenny Diski’s prose is as sharp and steely as her imagination is wild and wondrous. When she died of cancer in April 2016, after chronicling her illness in strikingly honest essays in the London Review of Books, readers, admirers, and critics around the world mourned the loss. In a cool and unflinching tone that came to define her singular voice, she explored the subjects of sex, power, domesticity, femininity, hysteria, and loneliness with humor and honesty,

The stories in The Vanishing Princess showcase a rarely seen side of this beloved writer, channeling both the piercing social examination of her nonfiction and the vivid, dreamlike landscapes of her novels. In a Rumpelstiltskin fairy tale turned on its head, a miller’s daughter rises to power and wealth to rule over her kingdom and outwit the title villain. “Bathtime” tells the story of a woman’s life through her attempts to build the perfect bathtub, chasing an elusive moment of peace. In “Short Curcuit,” the author mines her own bouts in and out of mental institutions outside London to question whether those we think are mad are really the sanest among us.

Longtime fans of Diski and those who have discovered her since her death will find much to treasure here, in her only short story collection, released in the US for the very first time. The Vanishing Princess is another vital stop on Jenny Diski’s journey for meaning and beauty in her prolific writing, one that feels as fresh and necessary as if it were brand-new.


Praise For The Vanishing Princess: Stories (Art of the Story)…

“Wonderful... Holds riches for all. Longtime fans will celebrate the very fact of more Diski and thrill to familiar preoccupations in new settings and shapes... Those who read Diski for the first time are in for the delight of discovery.”
— Nickolas Butler, internationally bestselling author of Shotgun Lovesongs and The Hearts of Men

“Mysterious, beguiling, and quietly radical, readers everywhere are lucky to live in a moment when they can discover, or rediscover, her eccentric charm.”

“[Shows] that whether writing nonfiction or fiction, Diski remained witty, subversive and determined to tell her truth even when it was difficult.”
— Washington Post

“Sharp, funny, clever...There’s much to admire in the book--the energy of the prose, the playfulness with which Diski approaches her stories.”
— New York Review of Books

“It’s hard for me to imagine a reader exposed to Jenny Diski’s writing who wouldn’t be hooked... Her prose conveys the illusion of a spontaneous monologue, a mind mainlined onto the page... Her life was material. She was her writing, the sum of it a masterpiece.”
— New York magazine

“Caustically funny and ebullient stories. . . . Diski’s is the kind of voice of which we need more, of which we now have one fewer. But she has paved a subversive path through the forest for others to follow.”
— Vanity Fair

“Each story is told in Diski’s clear, authoritative voice and explores how women strain (or not) against the bounds of a confining world. A great introduction to Diski’s works.”
— Library Journal

Jenny Diski was born in 1947 in London, where she lived most of her life. She was the author of ten novels, five books of travel and memoir, two volumes of essays, and a collection of short stories. Her journalism appeared in the London Review of Books, among other publications. She died in Cambridge in April 2016.