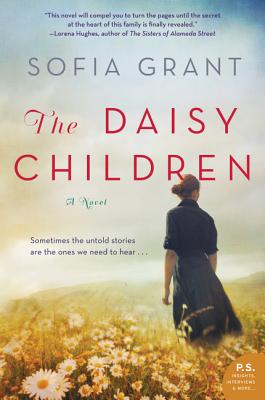 Inspired by true events, in Sofia Grant’s powerfully moving new novel a young woman peels back the layers of her family’s history, discovering a tragedy in the past that explains so much of the present. This unforgettable story is one of hope, healing, and the discovery of truth.

Sometimes the untold stories of the past are the ones we need to hear...

When Katie Garrett gets the unexpected news that she’s received an inheritance from the grandmother she hardly knew, it couldn’t have come at a better time. She flees Boston—and her increasingly estranged husband—and travels to rural Texas.

There, she’s greeted by her distant cousin Scarlett. Friendly, flamboyant, eternally optimistic, Scarlett couldn’t be more different from sensible Katie. And as they begin the task of sorting through their grandmother’s possessions, they discover letters and photographs that uncover the hidden truths about their shared history, and the long-forgotten tragedy of the New London school explosion of 1937 that binds them.


Praise For The Daisy Children: A Novel…

“In this evocative novel… is a multilayered story of heartache, hope, and healing.” — Publishers Weekly

“... the research into the past and the illustration of fashion and other trends through the decades make the book relevant to fans of 20th-century historical mysteries.” — Historical Novel Society

“An unspeakable tragedy taints the lives of four generations of women in this poignant story of loss, tumultuous relationships and rupture. [...] Relevant and timely, this novel will compel you to turn the pages until the secret at the heart of this family is finally revealed.” — Lorena Hughes, author of The Sisters of Alameda Street

Sofia Grant has the heart of a homemaker, the curiosity of a cat, and the keen eye of a scout. She works from an urban aerie in Oakland, California.

1. The New London School explosion was almost unthinkably tragic. What modern-day events have devastated communities in America? How you think advancements in technology, as well as changes in social conventions, might affect the way people react?

2. Many details about the events of that terrible afternoon in 1937 were taken directly from first-person accounts (the drillers bringing their equipment to dig for victims, the loaves of bread abandoned on the ground, the displaced rage of parents at those whose children survived). Can any broad conclusions be drawn about people reacting to disaster?

3. Katie has the “perfect life” in Boston, at least on the surface. What choices did she make after leaving Texas—and did these choices serve her well?

4. How did Katie’s unconventional childhood affect her friendships? Her attitude about her distant family, including Scarlett? Her relationships with men?

5. We know from Euda’s letters that Caroline was unable to conceive another child. Does this justify the  sacrifice she asked Euda to make, given that Euda already had three other children? What did Caroline owe her in exchange?

6. Hugh remembered Euda’s children in his will. Caroline made a deathbed request of Margaret to take care of them. Why were they unable to be more generous while they were alive?

7. Margaret makes a rash decision to end her engagement and marry Hank. What do you suppose motivated that choice?

8. Before Hank’s death, Margaret is trying to get him some psychological help. What do you think is wrong with him? Was his death suicide?

9. Margaret never dates again after losing Hank. Georgina, on the other hand, dates everyone. What accounts for the difference?

10. An underlying theme of the novel is class tension. How did this affect the Daisy mothers—and does it persist in the modern story line?

12. The men with the biggest roles in the story—Hugh Pierson, Hank Dollar, and Jam Mifflin—could not be more different from one another. How has tragedy shaped each of them?

13. Did you see Liam’s betrayal coming? Do you think he and Katie ever really loved each other? Does she hold some responsibility in the breakup of their marriage?

14. Jam Mifflin arrives in Katie’s life at a most unexpected time. Do you think they have a happy future together?