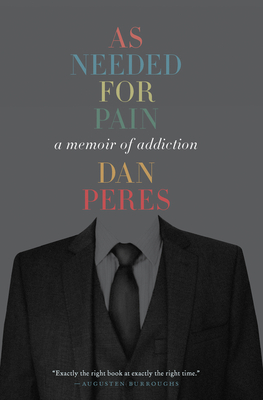 As Needed for Pain

"With humility, humor and courage, Dan Peres’ story of pretending to be on top of the world when in fact he was hitting rock bottom is a memoir for our times. An eye-opening, enthralling read, AS NEEDED FOR PAIN is an unforgettable memoir."
— Ayelet Waldman, author of A Really Good Day