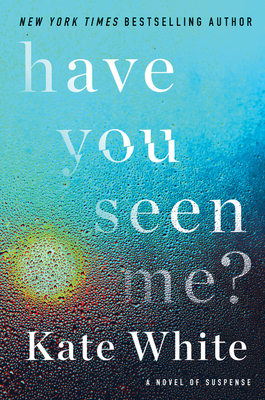 “Arms linked, breath held, we drop alongside Ally Linden into Kate White’s dagger-sharp, whip-smart new thriller Have You Seen Me?, the same questions burning like neon signs in our minds. . . . As nimbly plotted as Before I Go to Sleep, as winning as the best of Mary Higgins Clark, Have You Seen Me? showcases Kate White at her formidable best.” — AJ Finn, #1 New York Times bestselling author of The Woman in the Window

“A well-honed thriller. . . . White skillfully maintains the pace. . . . Even the most jaded reader will be satisfied.”  — Publishers Weekly

“Provides the twists and shocks that any reader of domestic thrillers expects and savors, but she also manages to use some of our expectations to create clever dead ends...An engaging novel that turns some clichés of recent thrillers on their heads.” — Kirkus Reviews

"This gripping psychological suspense tale is hard to put down." — Booklist

"White is a master at creating sympathetic characters, and from the first pages of the novel through to its impressive twist ending, Ally is likeable, relatable, and compelling." — The Big Thrill

"Kate White has done it again. Her latest novel, Have You Seen Me? stars Ally, who shows up at her old job with no memory of why she shouldn’t be there. White starts with a bang and keeps the suspense high throughout, weaving together a labyrinth of buried memories and disturbing revelations that blur the lines between what's true and what’s not. An addictive, up-all-night stunner." — Kimberly Belle, internationally bestselling author of Dear Wife

“Well-executed...The smaller the town, the bigger (and dirtier) its secrets.” — Kirkus Reviews