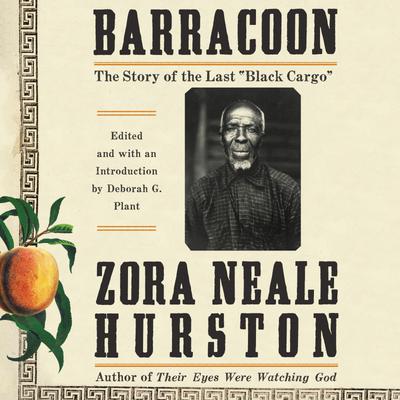 A major literary event: a never-before-published work from the author of the American classic Their Eyes Were Watching God that brilliantly illuminates the horror and injustices of slavery as it tells the true story of one of the last known survivors of the Atlantic slave trade—abducted from Africa on the last "Black Cargo" ship to arrive in the United States.

Based on those interviews, featuring Cudjo’s unique vernacular, and written from Hurston’s perspective with the compassion and singular style that have made her one of the preeminent American authors of the twentieth-century, Barracoon brilliantly illuminates the tragedy of slavery and of one life forever defined by it. Offering insight into the pernicious legacy that continues to haunt us all, black and white, this poignant and powerful work is an invaluable contribution to our shared history and culture.

Zora Neale Hurston, the author of Their Eyes Were Watching God, was deemed "one of the greatest writers of our time" by Toni Morrison. With the publication of Lies and Other Tall Tales, The Skull Talks Back, and What's the Hurry, Fox? new generations will be introduced to Hurston's legacy. She was born in Notasulga, Alabama, in 1891, and died in 1960.