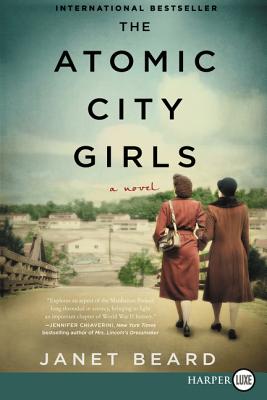 “The Atomic City Girls is a fascinating and compelling novel about a little known piece of WWII history.”
— Maggie Leffler, international bestselling author of The Secrets of Flight

“Both page-turning and illuminating, The Atomic City Girls brings to life an eerie piece of world history.”
— Madeline Miller, author of The Song of Achilles

“Beard has taken a project of momentous impact and injected a human element into it. [...] This is approachable, intelligent, and highly satisfying historical fiction.”
— Booklist (starred review)

“[...] focuses on the little-known realities behind the Manhattan Project [...] Readers who enjoyed Martha Hall Kelly’s Lilac Girls will appreciate this glimpse into the beliefs and attitudes that shaped America during World War II.”
— Library Journal

“Fans of historical fiction will devour this complex and human look at the people involved in the creation of the atomic bomb. A fascinating look at an underexplored chapter of American history.”
— Kirkus Reviews

“The Atomic City Girls explores love, war and patriotism, forcing the reader to consider the devastating effects of Hiroshima. Once readers learn that Beard’s own aunt was one of the workers, the intimate knowledge and specific details of Oak Ridge come to life even more.”
— San Francisco Chronicle
or support indie stores by buying on
Copyright © 2020 American Booksellers Association