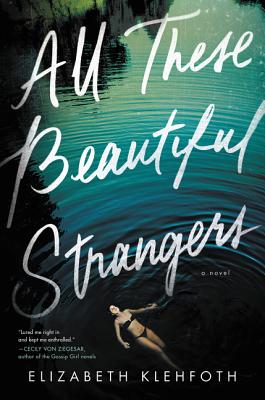 All These Beautiful Strangers

"This is going to be big." -Entertainment Weekly

A young woman haunted by a family tragedy is caught up in a dangerous web of lies and deception involving a secret society in this highly charged, addictive psychological thriller that combines the dishy gamesmanship of Gossip Girl with the murky atmosphere of The Secret History.

One summer day, Grace Fairchild, the beautiful young wife of real estate mogul Alistair Calloway, vanished from the family’s lake house without a trace, leaving behind her seven-year old daughter, Charlie, and a slew of unanswered questions.

Years later, seventeen-year-old Charlie still struggles with the dark legacy of her family name and the mystery surrounding her mother. Determined to finally let go of the past, she throws herself into life at Knollwood, the prestigious New England school she attends. Charlie quickly becomes friends with Knollwood’s "it" crowd.

Charlie has also been tapped by the A’s—the school’s elite secret society well known for terrorizing the faculty, administration, and their enemies. To become a member of the A’s, Charlie must play The Game, a semester-long, diabolical high-stakes scavenger hunt that will jeopardize her friendships, her reputation, even her place at Knollwood.

As the dark events of past and present converge, Charlie begins to fear that she may not survive the terrible truth about her family, her school, and her own life.


Praise For All These Beautiful Strangers: A Novel…

“Juicy, clever, and beguiling. [...] An exceptional debut novel, deftly crafted and written with style. It is the perfect book to read at the beach. But be warned: you will get a sunburn, because you won’t want to put it down.” — Cecily von Ziegesar, author of the Gossip Girl novels

“A compelling mystery…the story of a long-game revenge played out between generations.” — Kirkus Reviews

“Engrossing. Klehfoth’s ability to draw in the reader shows that she’s an author to watch.” — Publishers Weekly

“This debut mystery gives readers a fun glimpse into the scandalous world of high-society boarding school and is reminiscent of Curtis Sittenfeld’s Prep.”
— Booklist

“The author has put in twists and turns that you never see coming, and readers are left breathless. With this debut, the author has earned her own A+.” — Suspense Magazine