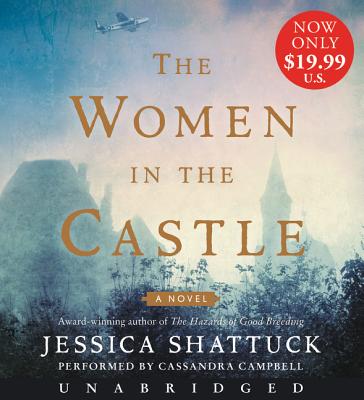 The Women in the Castle Low Price CD

“To a Bavarian palace, worn and collapsing like the rest of Germany at the end of the Second World War, a widow returns to honor a promise. Secrets, sacrifices, and the struggle to survive all make for a highly provocative read. Shattuck’s poignant and powerful story about these women and their children, thrown together by war and its aftermath, gave me a renewed respect and empathy for their contemporary counterparts caught in the conflict around today’s world. The first thing I wanted to do after finishing this book was talk about it!”
— Vivien Jennings, Rainy Day Books, Fairway, KS
View the List