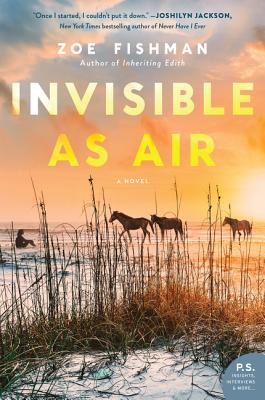 Winner of the 2020 Georgia Author of the Year Award!

One of Booklist's Top 10 Books of the Year!

A provocative and timely new novel by the author of Inheriting Edith, one that will haunt you long after the final page is turned…

Sylvie Snow knows the pressures of expectations: a woman is supposed to work hard, but never be tired; age gracefully, but always be beautiful; fix the family problems, but always be carefree. Sylvie does the grocery shopping, the laundry, the scheduling, the schlepping and the PTA-ing, while planning her son’s Bar Mitzvah and cheerfully tending her husband, Paul, who’s been lying on the sofa with a broken ankle.  She’s also secretly addicted to the Oxycontin intended for her husband.

For three years, Sylvie has repressed her grief about the heartbreaking stillbirth of her newborn daughter, Delilah. On the morning of the anniversary of her death, when she just can’t face doing one…more…thing: she takes one—just one—of her husband’s discarded pain pills. And suddenly she feels patient, kinder, and miraculously relaxed. She tells herself that the pills are temporary, just a gift, and that when the supply runs out she’ll go back to her regularly scheduled programming.

But days turn into weeks, and Sylvie slips slowly into a nightmare. At first, Paul and Teddy are completely unaware, but this changes quickly as her desperate choices reveal her desperate state. As the Bar Mitzvah nears, all three of them must face the void within themselves, both alone and together.


Praise For Invisible as Air: A Novel…

“The characters in Invisible as Air are so real; so flawed; so compelling and vulnerable. With her trademark wit and honesty, even in the face of sorrow, Fishman will take you on a journey you won’t soon forget.” — Greer Hendricks, #1 New York Times bestselling coauthor of An Anonymous Girl

“Though it speaks to one of the most difficult issues facing our nation with wisdom and deep grace, this is not an ‘issue’ book. This is a book about people, flawed but striving, broken but hopeful. Once I started, I couldn’t put it down.” — Joshilyn Jackson, New York Times bestselling author of Never Have I Ever

“With psychological acuity, Fishman...takes us to the place where there is beauty in brokenness, where there is light in the dark, and where we can find intimacy in our honesty...From the first stunning choice to the last, I could not put this novel down.” — Patti Callahan Henry, New York Times and USA Today bestselling author of Becoming Mrs. Lewis

“Zoe Fishman writes with tenderness and urgency, with an ear attuned to all the silences, secrets, and strain that frequently capsize modern family life. Invisible as Air is a memorable and compelling read about slipping into darkness and trying to find the light.” — Kristen Iskandrian, author of Motherest

“Fishman (Inheriting Edith, 2016) brings her signature style to a timely topic, illustrating the opioid epidemic in a realistic setting and allowing Sylvie’s choices to speak for themselves...Invisible as Air takes readers on a raw and wild ride. Fans of Liane Moriarty and Jessica Levine especially should take note.” — Booklist (starred review)

“Her writing creeps up on you, like a crescent moon that seems to mysteriously switch sides in the night sky during a drive down a winding highway — taunting, unsettling, beautiful.” — Atlanta Journal-Constitution

Praise for Inheriting Edith: “Fishman deftly explores the intricate territory of mother-daughter relationships as well as the haunting specter of an Alzheimer’s diagnosis for famously independent Edith...you have a delicious literary chicken soup for the soul.” — Mary Kay Andrews, New York Times bestselling author of The Weekenders

“A heartbreaking story about life, love, and friendship that you’ll want to devour in one sitting.” — Erin Duffy, author of Bond Girl and Lost Along the Way

“Inheriting Edith is a beautifully written story about what it means to remember and what it means to forget. Fishman masterfully portrays both a single mother and an older woman with Alzheimer’s, as they are both struggling to come to terms with their pasts, their futures, and each other.” — Jillian Cantor, author of Margot and The Hours Count

“A beautifully crafted story about second chances and life’s big surprises. Warm spirited and emotionally rich, Inheriting Edith celebrates the fine line between friendship and family. These characters will tug at your heart.” — Jamie Brenner, author of The Wedding Sisters

“A charming and warm story about new adventures and old friends and how this likable heroine learns to embrace them both.” — Shelly Noble, New York Times bestselling author of Beach Colors

“At turns funny and poignant, Driving Lessons is a refreshingly honest and insightful story of a woman whose questions about the direction of her life follow her from the big city to small country roads.” — Meg Donohue, author of All The Summer Girls

“Fishman effectively balances humor and tension, crafting an involving portrayal of three women coping with the idea and obstacles of motherhood.” — Publishers Weekly

“Fishman strikes the right balance in her warm-fuzzy debut of rekindled friendship and self-empowerment.” — Publishers Weekly

She’s been profiled in Publisher’s Weekly and The Huffington Post among others. Her writing has been published in The Atlanta Journal Constitution as part of their moving “Personal Journey” series.

Zoe worked in the New York publishing industry for thirteen years. She was recently the Visiting Writer at SCAD Atlanta and currently teaches at Emory Continuing Education and The Decatur Writers Studio, at which she is also the Executive Director. She lives in Decatur with her family.