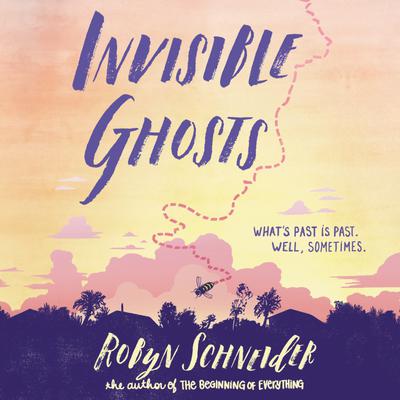 Robyn Schneider, author of Extraordinary Means and The Beginning of Everything, delivers a sharply funny, romantic girl-meets-boy novel with a twist: boy-also-meets-girl’s-ghost-brother.

When one girl’s best friend is her dead brother’s ghost, romance can be tricky. Perfect for fans of John Green and Nicola Yoon.

Rose Asher believes in ghosts. She should, since she has one for a best friend: Logan, her annoying, Netflix-addicted brother, who is forever stuck at fifteen. But Rose is growing up, and when an old friend moves back to Laguna Canyon and appears in her drama class, things get complicated.

Jamie Aldridge is charming, confident, and a painful reminder of the life Rose has been missing out on since her brother’s death. She watches as Jamie easily rejoins their former friends—a group of magnificently silly theater nerds—while avoiding her so intensely that it must be deliberate.

Yet when the two of them unexpectedly cross paths, Rose learns that Jamie has a secret of his own, one that changes everything. Rose finds herself drawn back into her old life—and to Jamie. But she quickly starts to suspect that he isn’t telling her the whole truth.

All Rose knows is that it’s becoming harder to choose between the boy who makes her feel alive and the brother she isn’t ready to lose.

Robyn Schneider is a writer, actor, and online personality. She is a graduate of Columbia University, where she studied creative writing, and the University of Pennsylvania School of Medicine, where she studied medical ethics. She lives in Los Angeles, California, but also on the internet.