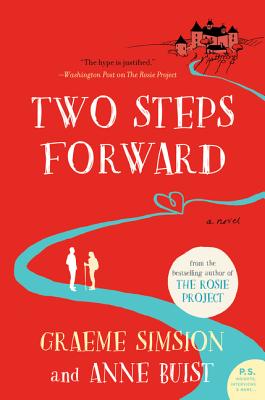 “The feeling of camaraderie between strangers from around the world brings a warmth to the narrative, making it personal, real, and inviting. With wit and wisdom, Simsion and Buist have crafted a novel that will have readers wanting to walk a Camino of their own.”
— Kirkus Reviews

“Simsion (The Rosie Project) and Australian psychiatrist Buist have written an insightful study of loss, grief, and the possibility of romance after.”
— Library Journal

is the chair of the Centre for Women’s Mental Health at the University of Melbourne. She has over twenty-five years’ clinical and research experience in perinatal psychiatry, and works with protective services and the legal system in family cases. Her novels featuring forensic psychiatrist Natalie King are Medea’s Curse and Dangerous to Know. This is her first novel co-written with her husband, Graeme Simsion.
Loading...
or
Not Currently Available for Direct Purchase