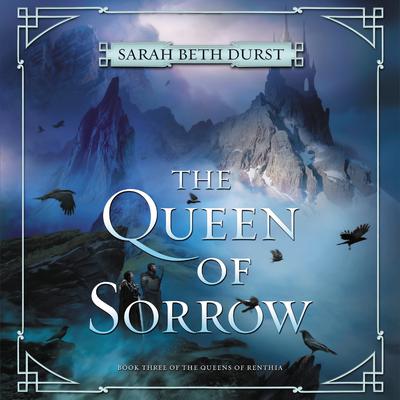 The Queen of Sorrow (Digital Audiobook)

Book Three of The Queens of Renthia

The battle between vicious spirits and strong-willed queens that started in the award-winning The Queen of Blood and continued in the powerful The Reluctant Queen comes to a stunning conclusion in The Queen of Sorrow, the final volume of Sarah Beth Durst’s Queens of Renthia trilogy.

And then Naelin’s children are kidnapped by spirits.

Nothing is more important to her than her family, and Naelin would rather watch the world burn than see her children harmed. Blaming the defeated Queen Merecot of Semo for the kidnapping, Naelin is ready to start a war—and has the power to do it.

Sarah Beth Durst is the author of ten fantasy novels for adults, teens, and children, including The Lost, Vessel, and The Girl Who Could Not Dream. She won the 2013 Mythopoeic Fantasy Award and has been a finalist for SFWA’s Andre Norton Award three times. A graduate of Princeton University, she lives in Stony Brook, New York, with her husband and children.