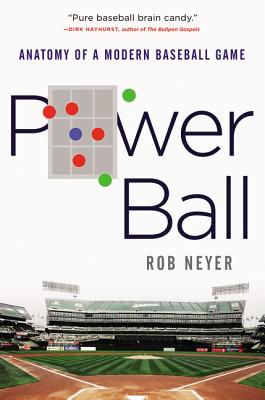 Anatomy of a Modern Baseball Game

“Winner of the 2018 CASEY Award for Best Baseball Book of the Year.”

The former ESPN columnist and analytics pioneer dramatically recreates an action-packed 2017 game between the Oakland A’s and eventual World Series Champion Houston Astros to reveal the myriad ways in which Major League Baseball has changed over the last few decades.

On September 8, 2017, the Oakland A’s faced off against the Houston Astros in a game that would signal the passing of the Moneyball mantle. Though this was only one regular season game, the match-up of these two teams demonstrated how Major League Baseball has changed since the early days of Athletics general manager Billy Beane and the publication of Michael Lewis’ classic book.

Over the past twenty years, power and analytics have taken over the game, driving carefully calibrated teams like the Astros to victory. Seemingly every pitcher now throws mid-90s heat and studiously compares their mechanics against the ideal. Every batter in the lineup can crack homers and knows their launch angles. Teams are relying on unorthodox strategies, including using power-losing—purposely tanking a few seasons to get the best players in the draft.

As he chronicles each inning and the unfolding drama as these two teams continually trade the lead—culminating in a 9-8 Oakland victory in the bottom of the ninth—Neyer considers the players and managers, the front office machinations, the role of sabermetrics, and the current thinking about what it takes to build a great team, to answer the most pressing questions fans have about the sport today.


Praise For Power Ball: Anatomy of a Modern Baseball Game…

“Neyer, in a rare feat, captures the humor and humanity in the game, as well as what makes the revelry and rivalry of baseball so special.”
— Library Journal

“A smart, original, insightful look at all the nooks, crannies, and nuances that make the game of baseball so beautiful--and so fascinating. I’ve always loved Rob Neyer’s passion for the National Pastime. Power Ball brings that forth in vibrant colors.”
— -JEFF PEARLMAN, author of The Bad Guys Won

“Sweet, funny, and thoroughly original, Rob Neyer’s rendering of an otherwise meaningless game is an incisive and prescriptive analysis of the game’s past, present, and future.”
— -JANE LEAVY, author of The Big Fella

“Any book in which Jose Altuve is mentioned eighty times, Fenway Park eleven times, Roger Clemens seven times, and Vinny Castilla gets a shout-out is good for me. Neyer is painting a picture of baseball today, but like the pictures at Hogwarts, the characters are always in action. The game emanates forward from the players themselves. Pete Incaviglia drops in to make a point. Is it the best sports book of the year? It might be. Let’s say it is; I don’t have one out. No skin off my nose. Three hundred pages of heaven. Matt Chapman is mentioned twenty-eight times.”
— -BILL JAMES, author of The New Bill James Historical Baseball Abstract

“Power Ball provides the best coverage of the modern game since Moneyball by clicking the + button and zooming in on one game between two franchises at the cutting edge of the fascinating changes. Come for the insight, stay for the riveting narrative spun by the best baseball writer in the business.”
— -DARYL MOREY, general manager of the Houston Rockets and cofounder of the MIT Sloan Sports Analytics Conference

“Baseball is the greatest sport not because of its past, but its glorious present. Rob Neyer captures baseball in all its complications and nuances, taking it apart and putting it back together again, reminding us why it remains as powerful and vital as it has ever been. Like a great baseball game, it’s a read I never wanted to end.”
— -WILL LEITCH, author of Are We Winning?

“Whoever says baseball never changes hasn’t read Power Ball. You may not like 13-man pitching staffs, or exit velocity, or the Chase Utley rule--but it’s hard not to like Rob Neyer’s way of exploring these and scores of other aspects of what he calls Postmodern Baseball. As this particular game unfolds before you, he’s the perfect companion in the seat next to you in the bleachers.”
— -DANIEL OKRENT, author of Nine Innings

“The scope of this book ranges…engagingly, from the potential impact of climate change on the game and the influence of social media on players, to the evolving fashions of player uniforms and hair styles… Mr. Neyer’s prose is sharp and colorful and based on a deep understanding of the game…Mr. Neyer…presents a frank and realistic take on Postmodern Baseball’s newfound obsession with the “science” of baseball.”
— -The Wall Street Journal

Rob Neyer worked for fifteen years as a columnist and blogger for ESPN, from 1996 to 2011, and later worked as a national writer and editor for SB Nation and FOX Sports. A Kansas City native, Rob has lived in the Pacific Northwest for more than twenty years. This is his seventh book.