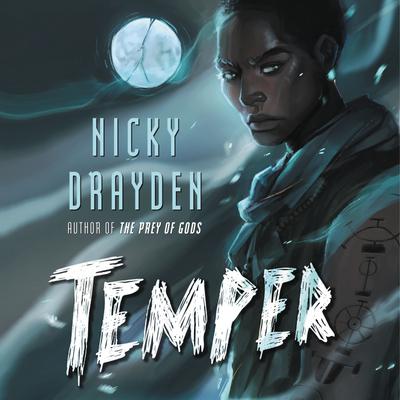 In a land similar to South Africa, twin brothers are beset by powerful forces beyond their understanding or control in this thrilling blend of science fiction, horror, magic, and dark humor—evocative of the works of Lauren Beukes, Ian McDonald, and Nnedi Okorafor—from the author of The Prey of Gods.

Auben Mutze has more vices than he can deal with—six to be exact—each branded down his arm for all the world to see. They mark him as a lesser twin in society, as inferior, but there’s no way he’ll let that define him. Intelligent and outgoing, Auben’s spirited antics make him popular among the other students at his underprivileged high school. So what if he’s envious of his twin Kasim, whose single vice brand is a ticket to a better life, one that likely won’t involve Auben.

The twins’ strained relationship threatens to snap when Auben starts hearing voices that speak to his dangerous side—encouraging him to perform evil deeds that go beyond innocent mischief. Lechery, deceit, and vanity run rampant. And then there are the inexplicable blood cravings. . . .

On the southern tip of an African continent that could have been, demons get up to no good during the time of year when temperatures dip and temptations rise. Auben needs to rid himself of these maddening voices before they cause him to lose track of time. To lose his mind. And to lose his . . .

Nicky Drayden’s short fiction has appeared in publications such as Shimmer and Space and Time. She is a systems analyst and resides in Austin, Texas, where being weird is highly encouraged, if not required.