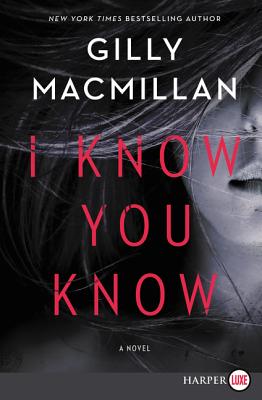 “A wonderfully addictive book with virtuoso plotting and characters -- for anyone who loved Girl on the Train, it’s a must read.”
— Rosamund Lupton on What She Knew

“Gilly Macmillan digs in deep and gets right to the heart of her characters in this rich and engrossing novel. Vivid, smart, and propulsive, I KNOW YOU KNOW [is a] thoroughly immersive thriller of the first order.”
— — Lisa Unger, New York Times bestselling author of UNDER MY SKIN