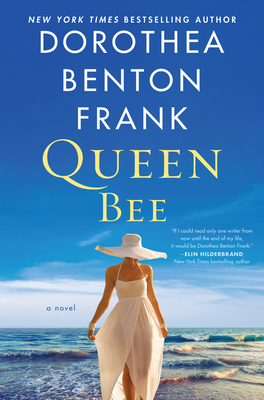 “If I could only read one writer from now until the end of my life, it would be Dorothea Benton Frank." —Elin Hilderbrand, the New York Times bestselling author

Immerse yourself in the enchanting world of New York Times bestselling author Dorothea Benton Frank’s Carolina Lowcountry in this evocative tale that returns at long last to her beloved Sullivans Island.

Beekeeper Holly McNee Jensen quietly lives in a world of her own on Sullivans Island, tending her hives and working at the local island library. Holly calls her mother The Queen Bee because she’s a demanding hulk of a woman. Her mother, a devoted hypochondriac, might be unaware that she’s quite ill but that doesn’t stop her from tormenting Holly. To escape the drama, Holly’s sister Leslie married and moved away, wanting little to do with island life. Holly’s escape is to submerge herself in the lives of the two young boys next door and their widowed father, Archie.

Her world is upended when the more flamboyant Leslie returns and both sisters, polar opposites, fixate on what’s happening in their neighbor’s home. Is Archie really in love with that awful ice queen of a woman? If Archie marries her, what will become of his little boys? Restless Leslie is desperate for validation after her imploded marriage, squandering her favors on any and all takers. Their mother ups her game in an uproarious and theatrical downward spiral. Scandalized Holly is talking to her honey bees a mile a minute, as though they’ll give her a solution to all the chaos. Maybe they will.

Queen Bee is a classic Lowcountry Tale—warm, wise and hilarious, it roars with humanity and a dropperful of whodunit added for good measure by an unseen hand. In her twentieth novel, Dorothea Benton Frank brings us back to her beloved island with an unforgettable story where the Lowcountry magic of the natural world collides with the beat of the human heart.


Praise For Queen Bee: A Novel…

“Bestseller Frank (By Invitation Only) shows off her formidable storytelling chops and her gift for creating memorable characters...Full of Low Country flavor and brilliantly imagined characters, this laugh-out-loud-hilarious novel with a wistful edge will satisfy anyone who wants to see flawed people getting second chances.”
— Publishers Weekly

“Franks’ fanciful and frothy slice of Lowcountry life is a feel-good, read-in-one-sitting escape. Benton has been delighting readers with tales of her native Sullivan’s Island, South Carolina, for 20 years, and her newest will rally fans and all seeking diverting women’s fiction.”
— Booklist

“This warmhearted tale will make you laugh and encourage you to hug your own loved ones a little closer.”
— Southern Living

“Queen Bee is a warm, wise and hilarious tale with a pinch of whodunit.”
— New Jersey Monthly Magazine

“There must be something in the sea air and coastal breezes that infuses the language of Lowcountry authors such as Frank with full, lush, evocative word paintings.”
— Bowling Green Daily News

“This is an author who never fails to entertain.”
— New York Journal of Books

“Dottie Frank’s books are sexy and hilarious. She has staked out the lowcountry of South Carolina as her personal literary property.”
— Pat Conroy, author of South of Broad

Praise for Dorothea Benton Frank: “Dottie Frank’s books have the fizz of a gin and tonic, the hilarity of a night out at a comedy club and the warmth of a South Carolina sun. Dip in, dive in, but no matter how you go, you’ll love her.”
— Adriana Trigiani, New York Times bestselling author of Big Stone Gap and The Shoemaker’s Wife

“What do you get when you combine family drama, eccentric characters and the unmistakable Lowcountry landscape? A Dorothea Benton Frank novel.”
— Coastal Observer

“Anyone who is lucky enough to have a strong group of girlfriends will relate to this fun beach read.”
— InStyle.com - Summer 2015 Beach Reads

[A] warming female-empowerment tale with a side order of southern magic.”
— Kirkus Reviews

“Dorothea Benton Frank tells it like it is. She brings out the complexity in every character. Though they face disillusionment and heartache, they also display an optimistic and humorous side, making them more human.”
— New York Journal of Books

“...in this glitzy exploration of the bonds of love, marriage, friendship, and loyalty...Frank will please fans of Elin Hilderbrand and Nancy Thayer.”
— Booklist