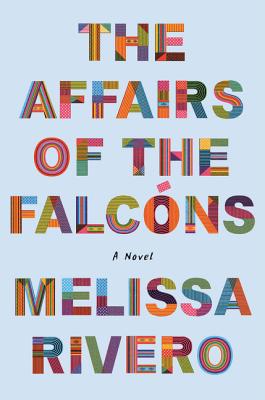 The Affairs of the Falcóns

Ana Falcón, along with her husband Lucho and their two young children, has fled the economic and political strife of Peru for a chance at a new life in New York City in the 1990s. Being undocumented, however, has significantly curtailed the family’s opportunities: Ana is indebted to a loan shark who calls herself Mama, and is stretched thin by unceasing shifts at her factory job. To make matters worse, Ana must also battle both criticism from Lucho’s cousin—who has made it obvious the family is not welcome to stay in her spare room for much longer—and escalating and unwanted attention from Mama’s husband.

The Affairs of the Falcóns is a beautiful, deeply urgent novel about the lengths one woman is willing to go to build a new life, and a vivid rendering of the American immigrant experience.


Praise For The Affairs of the Falcóns: A Novel…

“At a time when the United States is wracked with debates about what constitutes a ‘real’ American, this rendering of the immigrant experience couldn’t be more important.”
— Refinery 29

“Rivero’s talent for storytelling and sympathetic portrayal of many characters propels this novel above the melodrama of the telenovelas that play in the background on Valeria’s television. Book groups will thoroughly enjoy this vivid, inspired debut, a valuable addition to immigration literature.” — Library Journal (starred review)

“Timely and beautifully rendered.... Rivero succeeds in drawing to light the challenges many new immigrants face.... A complex and compelling portrait of Latin American immigrants and the experience of undocumented families.” — Booklist

“A nuanced look at the human cost of immigration policy.... This is, obviously, a book that has a lot to say to our current moment, but it also has an emotional appeal that is timeless and universal. Thoughtful and eye-opening, this is an admirable debut.” — Kirkus Reviews

“Melissa Rivero writes about love with all of its beauty, fierceness, and complications: of motherhood and hard choices, the bonds of family and homeland, and the sacrifices made for survival and a better future. Ana Rios is an unforgettable character and a necessary American hero.” — Lisa Ko, author of The Leavers

“Melissa Rivero is a gifted writer with a clear view of the human heart. This novel shows us new things. It’s a winner.” — Luis Alberto Urrea, author of The House of Broken Angels and The Devil’s Highway

“An unsparing look at the world of the undocumented through the life of Peruvian immigrant Ana Falcón and her family.... Melissa Rivero’s The Affairs of the Falcóns does poetic justice to this riveting tale of identity, belonging, and transformation.”
— Cristina García, author of Dreaming in Cuban and Here in Berlin

“The Affairs of the Falcóns is a powerfully honest testament to the strength of immigrant mothers. May we all see them, honor them, and fight for them in the way Melissa Rivero sees, honors, and fights for Ana Rios, free of judgement and full of love.”
— Natalia Sylvester, author of Chasing the Sun and Everyone Knows You Go Home

“Beautiful.... The theme is immigration, but at heart, this is a story about family—the long-standing tensions, the profound bonds, the depth of spousal, parental and filial love. It’s at once a timeless work and a book we urgently need now.” — Rumaan Alam, author of That Kind of Mother

Melissa Rivero was born in Lima, Peru, and raised in Brooklyn. Undocumented for most of her childhood, Rivero became a US citizen in her early twenties. Her writing has taken her to the VONA/Voices Workshops, Bread Loaf, and the Norman Mailer Writers Colony. In 2015, Melissa was an Emerging Writers Fellow at the Center for Fiction. She is a graduate of NYU and Brooklyn Law School, and currently works on the legal team of a startup. She still lives in Brooklyn, with her husband, two sons, and their rescue dog.