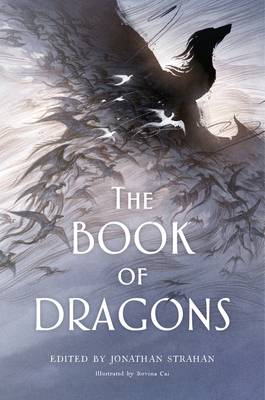 The Book of Dragons

From China to Europe, Africa to North America, dragons have long captured our imagination in myth and legend. Whether they are rampaging beasts awaiting a brave hero to slay or benevolent sages who have much to teach humanity, dragons are intrinsically connected to stories of creation, adventure, and struggle beloved for generations.


Praise For The Book of Dragons: An Anthology…

"There is not a single false note among these 29 stories and poems of dragons collected by Strahan […] With myriad approaches to its subject, this wide-ranging anthology is a treasure trove of wonder."
— Publishers Weekly (starred review)

“There are no weak links in this anthology, and every selection is noteworthy in some way […] A heaping hoard of literary gems that fans of dragon-powered stories will surely treasure.”
— Kirkus Reviews (starred review)

"This collection is highly recommended to both established genre fans and newcomers interested quality sf and fantasy."
— Booklist (starred review)

"The Book of Dragons seems almost certain to be the most significant fantasy anthology of 2020."
— Locus Magazine