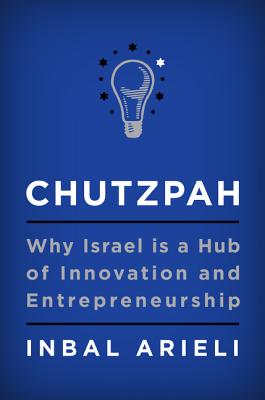 “On my first-ever trip to Israel, Inbal Arieli showed me the remarkable ecosystem of entrepreneurship that exists in the country. You do not truly appreciate how remarkable this society is until you see it firsthand, and before you go, Chutzpah should be on the required reading list.”
— Matthew Swift, chairman and CEO of Concordia