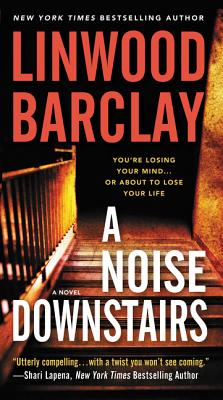 College professor Paul Davis’ life is turned upside down when he spots his colleague Kenneth driving in a suspicious manner along a deserted road. Curious, Paul follows Kenneth and catches him trying to dispose of two bodies.

That was eight months ago.

After nearly losing his own life that night, Paul is battling PTSD and depression. To cheer him up, his wife, Charlotte, gives him a present: a vintage typewriter—complete with ink ribbons and heavy round keys. Inspired, Paul writes about the terrifying experience that damaged his life.

However, the typewriter soon becomes a source of anxiety. Paul swears he can hear the keys clacking in the early hours of the morning. Charlotte and his son deny hearing any strange sounds. Only Paul hears the noise coming from downstairs. Are his claims real—or is he going off the rails as Charlotte fears? Paul believes that the typewriter is connected to the dark events that night on the Post Road, as implausible as that seems. After all, Kenneth is in prison and he worked alone. Increasingly tormented yet determined to discover the truth, Paul reinvestigates the deaths himself.

But maybe Paul should just get rid of the typewriter. Maybe he should stop asking questions and simply walk away while he can. Because if he doesn’t, his darkest nightmares just might come true.

“Linwood Barclay’s novels – as intelligent as Michael Connelly’s, as compelling as Harlan Coben’s – never fail to astonish. A Noise Downstairs, his best work yet, is a cobra of a story: smooth, slippery, unnerving . . . and likely to strike when you least expect it. I devoured this book.” — A. J. Finn, #1 New York Times bestselling author of The Woman in the Window

“Vintage Barclay – A Noise Downstairs is an utterly compelling read with a twist you won’t see coming. I loved it!” — Shari Lapena, New York Times bestselling author of A Stranger in the House and The Couple Next Door

“[Barclay] does a masterful job of layering on the mysteries until we’re almost frantically turning the pages, impatient to find out what the hell is going on. A beautifully executed thriller.” — Booklist (starred review)

“Prepare to be blindsided by an ending you didn’t see coming. Barclay’s nerve-wracking tale will have readers scared to close their eyes at night.” — Library Journal

“A terrific edge-of-your-seat Hitchcockian psychological thriller that lives up to all the hype.” — New York Journal of Books

“Barclay is a master of manipulation. . . . Predictable becomes unpredictable in this compelling book that echoes the best of Harlan Coben.” — Associated Press

“[A] fast-paced psychological thriller . . . Barclay carefully conceals hidden motives and secret lives until the startling conclusion. Harlan Coben fans will find much to like.” — Publishers Weekly

“Creepy and compelling. . . . Barclay expertly weaves together the various plot strands to reach a wholly unexpected conclusion.” — The Guardian

“[A] twisty psychological tale . . . a satisfying and clever novel. The large cast and the story’s many moving parts perfectly set the reader up for the final climactic twist.” — Mystery Scene

“Predictable becomes unpredictable in this compelling book that echoes the best of Harlan Coben.” — Lisa Ko, author of The Leavers

Praise for No Time for Goodbye:
“A deliciously smart thriller, full of surprises and perfect pacing. I’m jealous I didn’t write it.” — Alafair Burke

“A high-speed emotional roller-coaster. The surprises will leave you breathless.” — Robert Crais

“No Time for Goodbye just flies off the page. It’s a one-sit thriller. You sit down with this book and you won’t get up until you’ve turned the last page.” — Michael Connelly

“One of the best thrillers of the year! Utterly riveting.” — Tess Gerritsen

“A terrific page-turner that keeps you in suspense until the very end. If you like Harlan Coben, you’ll love Linwood Barclay.” — Peter Robinson